Every day, on scores and scores of college campuses throughout America, Jewish students have quietly been subjected to harassment, intimidation and bullying for the crime of being Jewish or pro-Israel.


U.S President Donald Trump is about to change all that.

He will be righting a tremendous wrong. This is a necessary antidote to the rapidly metastasizing cancer of anti-Semitism that has been legitimatized within the college campus and classroom.

For years and years, my organization, EMET, has been championing the passage of the Anti-Semitism Awareness Act, a bill introduced in the Senate by Sen. Tim Scott, (R-S.C.), and in the House by Rep. Doug Collins, (R-Ga.). This bill would give Jewish students the same constitutional protections as African-American, Hispanic, handicapped and almost any other minority on college campuses.

President Trump has announced incorporating the language of this bill, which has been stalled in Congress, into an Executive Order.

However, we have been witnessing a rising problem of anti-Semitism within the United States.

According to the FBI, hate crimes against Jews in America rose by more than a third last year, and amounted to 58 percent of all religious-based hate crimes. The Anti-Defamation League’s most recent audit recorded 1,879 acts in 2018, with a dramatic increase in physics assaults. What is most disturbing is the upward trend of incidents is occurring at K-12 classrooms and on college campuses.

Much of the intellectual legitimization of anti-Semitism comes out of taxpayer-funded Middle Eastern Studies Centers, under Title VI of the Higher Education Act, where students have been receiving an almost steady stream of anti-Israel invective that often crosses over into pure, unadulterated anti-Semitism.

For example, on Sept. 24, 2019, Columbia University, a Title VI recipient, gave a prestigious forum to Malaysian Prime Minister Mahathir Mohamad, who has said that “Jews are hooked nosed” and “rule the world by proxy,” as well as challenged the number of Jews murdered in the Holocaust. When some students who support Israel complained about this, Columbia University president Lee Bollinger defended the invitation under the guise of free speech.

Would he give the same prestigious forum to someone who used the “N” word or ridiculed and chastised gays?

For far too long, a great deal of what actually amounts to anti-Jewish invective at our universities has been given a pass, using our First Amendment freedoms as a smokescreen to hide behind.

We at EMET cherish our First Amendment rights and believe that our constitution is the most sacred document in the world. Having said that, educational institutions have a higher responsibility: to create an educational climate that is conducive to learning, which means that it must be free from harassment, intimidation and bullying.

Hate speech might be protected speech, according to the Constitution; however, it’s not welcome on college campuses. What has been deemed as free speech in the town square is not necessarily permissible speech at school.

The bill does this by incorporating the International Holocaust Remembrance Alliance definition of anti-Semitism, which includes “denying the Jewish people their right to self-determination, e.g. by claiming that the existence of the State of Israel is a racist endeavor.”

We are not suggesting that legitimate criticism of a specific Israeli government policy is not permissible speech (just as it is permissible to criticize specific American policies), but when it crosses the line into saying that Israel should not be allowed to exist as a nation—and that students who have anything to do with Israel are threatened in the course of their studies—that is anti-Semitism.

This is not only good for Jewish and pro-Israel students, but for everyone. Because we know from our history that what starts with the Jews never ends with just them. 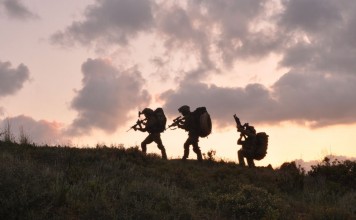 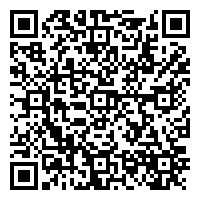