History is being written again as the first direct flight from Tel Aviv is slated to land in the Moroccan capital of Rabat on Tuesday. This flight is the first visible sign of the new relationship between Morocco and Israel, opening a new era of diplomatic recognition.

Morocco is now the fourth Arab country to declare a new diplomatic agreement with Israel in as many months. The United Arab Emirates courageously led the way, despite threats from Iran and its proxies, by signing a peace accord with Israel in September 2020, making it the first Arab country to do so since Jordan in 1994. The Emirates were soon followed by Bahrain, Sudan and now Morocco.

Peace between Morocco and Israel is rooted in decades of history. The late King Hassan II of Morocco worked tirelessly to promote rapprochement between Israel and its Arab neighbors. He facilitated all of the major peace initiatives, from Camp David in the 1970s to the Oslo Accords in the 1990s. Behind the scenes, King Hassan II was a driving force in making Egypt the first Arab nation to sign a peace treaty with the Jewish state. King Mohammed VI maintains the same commitment to advance Israeli-Arab rapprochement.

King Mohammed VI has made it clear, both in public statements and in conversation with Palestinian Authority leader Mahmoud Abbas, that the normalization agreement with Israel does not mean the abandonment of the Palestinians. Instead, it means the Palestinians are invited to rejoin negotiations, leaving behind the baggage of their past preconditions. Israeli leaders should also see these remarkable breakthroughs as an opportunity to bring in new ideas, drawing inspiration from the American “Peace to Prosperity” plan.

The agreement between Israel and Morocco is historic, as are the family ties between Israel and Morocco. One million Israelis are either from Morocco or have a parent or grandparent who was born there. The legal rights of Jews and other religious minorities are guaranteed in the Moroccan Constitution of 2011. Jewish schools still dot the major cities of Morocco, and Jews worship there freely.

There is, of course, a fringe of Moroccan society that rejects this agreement with Israel, mainly Islamist movements and followers of various leftist ideologies. However, millions of young Moroccans are fed up with extremist and xenophobic ideologies and want the opportunities and benefits that only peace and partnership can bring. They see Israel as a strong partner in creating jobs, growing capacities and building hope for their future.

The new wave of peace agreements is realigning the Arab world. A few decades ago, “from the [Atlantic] Ocean to the Gulf” was the slogan of pro-Soviet pan-Arab nationalists. Now, ironically, the same could be used to describe the partnership of forces—from Rabat and Casablanca on the Atlantic coast to Abu Dhabi and Manama in the Gulf, and with Cairo, Khartoum, Jerusalem and Amman in between—that see totalitarian radicalism, this time in an Islamist costume, as a common threat.

Morocco, at the western flank of this alliance, has a crucial strategic contribution to make: its respected voice of moderate Islam can make a difference in the ideological struggle with Islamist radicals in Europe, sub-Saharan Africa and the Middle East.

The new Moroccan-Israeli agreement is doubly significant for Moroccans because it was also accompanied by White House recognition of Moroccan sovereignty over its Saharan provinces. This dramatic step reflects American awareness that Rabat has committed a hundred billion dollars in investment for its Sahrawi population—while the Polisario separatist militia and its Algerian-backed enclave remain a hub of squalor, suffering and terrorism.

With these strides complete, the coming months present an opportunity for Arab countries to help reshape the international discourse and agenda on Israeli-Palestinian rapprochement.

The new Biden administration can help by adopting a new approach to peacemaking that draws lessons from the new wave of diplomatic outcomes. Now is the time to build on the promise of the new accords—for all their signatories, the Palestinians and the broader region. If the wave of peacemaking translates into a tangible benefit for Arab youth, pan-Arab support for peace with Israel will only grow.

Abraham Lincoln said: “The best way to predict your future is to create it.” It falls on Americans, Arabs, Israelis and all stakeholders in a secure and prosperous region to apply this principle to the cause of peace.

(Ahmed Charai is a Moroccan publisher. He sits on the board of the Atlantic Council and is a member of the global board of advisers of the Jerusalem Institute for Strategy and Security.

Boaz Bismuth is editor in chief of Israel Hayom 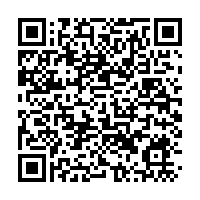