The US Customs and Border Protection agency on Wednesday issued a “Statement on Country of Origin Markings for Israeli and Palestinian Goods” that reads:

Today, US Customs and Border Protection published a Federal Register Notice to ensure that country of origin markings for Israeli and Palestinian goods are consistent with the United States’ foreign policy approach. The notice establishes that producers within certain areas designated in the Oslo Accords and the Hebron Protocol must mark their goods as “Israel,” “Product of Israel,” or “Made in Israel” when exporting those goods to the United States. Parties that import these goods into the United States are responsible for ensuring compliance with the marking requirements.

At a time when several EU countries are compelling their stores to label products from the Jewish settlements in ways that distinguish them from Israeli products from the pre-1967 border, the Trump administration has gone out of its way to remove this distinction.


The US Customs and Border Protection is the unified border agency within the Department of Homeland Security charged with the management, control and protection of the country’s borders at and between official ports of entry. CBP is charged with securing the borders of the United States while enforcing hundreds of laws and facilitating lawful trade and travel.

Prior to the recent Trump decision, products from the settlements could not be sold as made in Israel in the US on the grounds that this violated the principle of truth in advertising – since the settlements are not legally part of Israel. Prime Minister Benjamin Netanyahu had a chance to change this after his most recent reelection, but was ordered not to do it by… the Trump administration.

The CBP clarified that the Federal Register Notice was “based upon guidance from the US Department of State that the country of origin marking requirements for goods produced in certain areas of the West Bank be updated to reflect the fact that producers in these areas operate within the economic and administrative framework of Israel.”

Last November, Secretary of State Mike Pompeo declared that products made in the Jewish settlements of Judea and Samaria would be labeled “Made in Israel,” revoking the US policy of labeling them “Made in West Bank.”

PA Minister of Foreign Affairs and Expatriates Riyad al-Malki said at the time that Secretary Pompeo’s announcement represented a “de facto US recognition of Israel’s annexation of the illegal settlements to its sovereignty.” He added that the announcement necessitated immediate rejection at the international level, declaring: “It is a crime and those responsible for it must be punished, whoever and wherever they are.”

CBP authorized a transition period of 90 days for importers to implement markings consistent with this notice.

Finally: as with a long list of pro-Israel moves on the part of President Donald Trump, since, for the most part, they were created by an executive order, the incoming Biden administration will have the power to change them with its own executive order. But every such change would come at some political cost, especially in the sensitive area of settlements’ products, considering the large number of states that have passed anti-BDS laws. The Biden folks might decide to let the CBP new rules stand, at least for the time being. 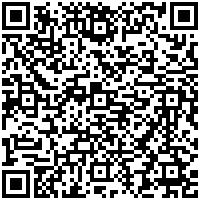