Consider this hypothetical question: Would The New York Times fret if avowed racists were denied a platform for expressing their views at publicly-funded cultural events? Probably not. Yet, the Times has no qualms providing sympathetic coverage of outspoken anti-Semites and their advocates when denied the same privilege.

On December 11, The New York Times published an article titled “German Cultural Leaders Warn Against Ban on Israel Sanctions Movement.” Its author was Melissa Eddy, a Times correspondent in Berlin, Germany. Here is the gist of her article and some background information:


In May 2019, the German Parliament passed a resolution designating as anti-Semitic the Boycott, Divestment, and Sanctions (BDS) movement against Israel. The parliaments of several other European countries and Canada have passed similar resolutions. The U.S. House of Representatives passed an anti-BDS resolution in 2019 by a lopsided vote of 398-17.

In her article, Eddy writes that even though some cultural leaders in Germany disagree with the goals of the BDS movement, they also consider the “counter-boycott, triggered by the parliamentary anti-BDS resolution, to be dangerous.” These cultural leaders complain that the parliamentary resolution has “stifled the open exchange of ideas in the public sphere and freedom of expression in the arts.”

To generate more sympathy toward them, Eddy uses melodramatic language: they had to meet “in secret” and exercise “self-censorship.” They had to “worry” and fear “for their futures.” Not a single concern was noted for those who may be hurt by the anti-Semitic campaign they’re pushing.

Here’s an interesting linguistic choice made in the Times’ article: Its headline and most references to the “BDS movement” call it the “sanctions movement.” Why not the “boycott movement”?

The answer to this question lies in another Times article on the same subject, published in 2018 and co-authored by Ms. Eddy. It acknowledges that “in Germany, where calling for a boycott against the Jewish state carries deep historical associations with the Nazis, the movement is widely viewed as anti-Semitic.” So by bashfully stressing the “S” – rather than “B” – part of BDS, Eddy tries to distance it from Nazism.

The BDS movement is by definition anti-Semitic because it applies two different sets of standards: one to Israel – the only Jewish state in the world – and another to the rest of the world.

Although the Times article does not take a position on the BDS movement per se, it provides sympathetic coverage to its patrons who want to inject it into the mainstream. If, say, racists or misogynists were at the center of a similar controversy, the Times would undoubtedly treat them differently.

German Chancellor Angela Merkel has stated, “BDS promotes anti-Semitism as anti-Zionism, but even dressed up for the 21st century, hate against Jews remains hate against Jews.” The New York Times, though, apparently believes that this type of hate is not as bad as other types. 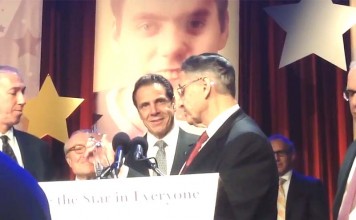 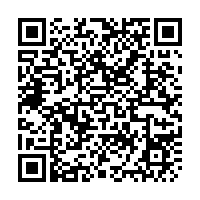