America is in turmoil. Some believe it is in decline. Few argue whether the decline is temporary or permanent. Almost everyone agrees that Pax Americana, the post-WWII order, and the unipolar world created by the collapse of the Soviet Union are gone forever.


Naturally, everyone wants to know the contours of the world order ahead of us. Students of history look for answers in the not so distant past. The Cold War, which went on for over four decades, contained many periods that can be called upon to justify almost any historical parallel, but the US-USSR confrontation was not unique. History offers many other relatively recent examples of global conflict, though they were not generally cast as polar battles between good and evil in the manner of the Cold War.

The world order prior to WWI was not black and white. It was gray. Several empires, real and artificial, were jockeying for world supremacy: Britain, Germany, France, Italy, Russia, Austro-Hungary, and a few smaller ones. None was particularly peace-loving. However, all were at some stage of development as a liberal democracy. Some, like Britain, were well advanced, while others, like Russia, were far behind. None was purely evil and genocidal. This state of affairs more or less defined European history from the Middle Ages through the Treaty of Westphalia.

The 1930s presented an unprecedented situation. In the later years of that decade, Nazi Germany and Soviet Russia created a bipolar world in which both entities had similarly nefarious intentions. Between the Munich Peace Conference and the Battle of Moscow, few in the world dismissed out of hand the idea that evil could be the uncontested ruler of the world. For Europe, that indeed occurred for the duration of the war. Eventually, part of the continent was liberated. It, along with the rest of the freedom-loving world, was spared by the intervention of the US, which emerged as the new superpower.

The US is now in crisis. The place once occupied by the Soviet Union is now held by China. The new rivalry might superficially resemble the old one, specifically the early period of the Cold War when it looked as though the Soviet Union was getting the upper hand in both science (with the success of Sputnik) and global popularity (via effective propaganda). But there is another alternative. What if, based on the ascendance of the progressive Left in the US and its possible takeover of the Democratic Party, the struggle is not going to be a fight of democracy against despotism? What if the US is in fact moving toward the Chinese model, where totalitarian ideology coexists with tightly controlled private enterprise?

Anyone working for a large US company has experienced artifacts of state-based dogmatic ideology: meetings in support of political causes, dispatches from executives calling for revolutionary fervor, and discussions with colleagues where dissent is a fireable offense. The current tendencies of the economy toward monopolization and capital concentration, coupled with the combined effects of the internet and the coronavirus pandemic, have created an environment in which much of the US population may be captured by this shift toward ideological conformity.

The foreign policy of the state may well follow the same trend, possibly in a fanatical pursuit of race-based “intersectionality” policies similar to the proletarian internationalism of yesteryear. In those circumstances, one can easily imagine a foreign policy in which the US extends trade agreements only to countries with racially diverse governments. Affirmative action would be applied to the international stage: for NATO to exist, it would have to accept a few African and more Muslim countries to reflect the world population. Allies and foes alike would be forced to accept unlimited numbers of refugees regardless of their ability to absorb them. The main pillar of this new foreign policy approach would be the erasure of borders and the cancellation, to use the popular term, of the nation state.

If this did in fact become US foreign policy, many countries would likely consider China the lesser of two evils. The Chinese have made clear that they are not after political subjugation (except in the cases of Taiwan and Hong Kong). In its relations with the rest of the world, Beijing wants to recreate the old empire, in which Chinese superiority is recognized but the vassals are allowed to run their estates as they please.

The Communist Party is the vehicle with which to deliver the most successful form of Chinese imperialism. It no longer contains any communist content and has no desire to project itself abroad. American progressives, by contrast, want the entire world to reflect their ideological worldview. They give only two choices: join in or become outcasts.

With the progressive US and communist China ruling supreme, the world will enter a new Dark Ages. Both systems, unless checked by powerful liberal democracies, will eventually extinguish all vestiges of liberty and private enterprise. We must act vigorously to prevent this grim scenario from becoming reality. 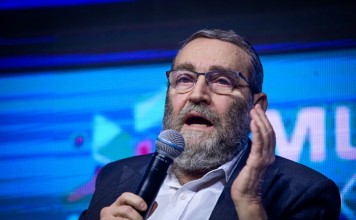