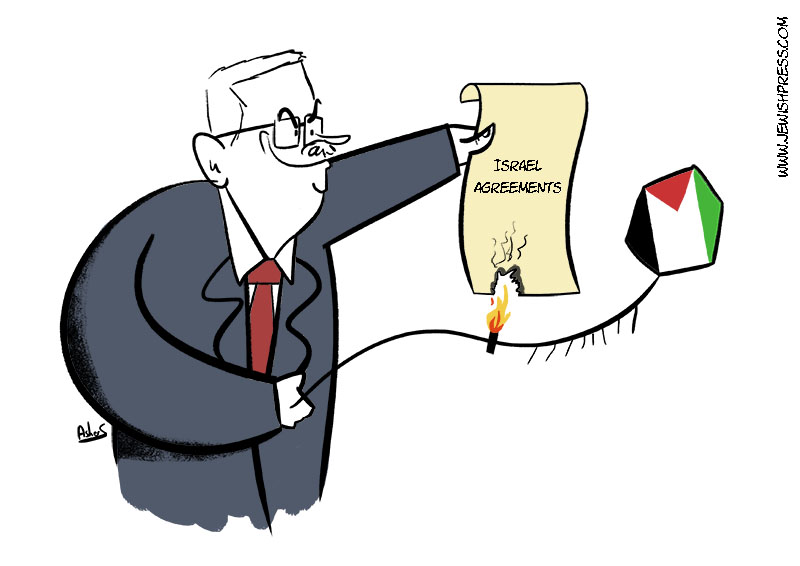 New York, September 8 – Human Rights groups, pro-Palestinian activists, and other figures remain convinced they can find a provision in various UN Security Council resolutions, International Criminal Court decisions, or other repositories of legal precedent that grant Mahmoud Abbas the power to overrule other nations’ establishment of diplomatic and trade relations with the Jewish state, the groups claimed today, but they just cannot recall the specific source for some reason.


Representatives of Human Rights Watch, Amnesty International, Jewish Voice for Peace, Students for Justice in Palestine, and other associations enlisted the help of international law scholars today to help them find the provision they could swear they saw in the various documents governing the field, a provision that empowers the Palestinian leadership to torpedo deals between Israel and various Arab or Muslim-majority countries.

“I could swear it was in the Geneva Conventions or something,” insisted Human Rights Watch coordinator Omar Shakir. “It’s not there? That’s so weird. I just know the Palestinian veto is enshrined. It should be right next to their right to perpetrate the most horrific violence under the rubric of ‘resistance to occupation.’ Are you really sure it’s not there? That makes no sense. It was right there, I’m certain I saw it.”

“Maybe the International Court of Justice?” suggested attorney Michael Sfard. “I’ll have my staff look at case law in that respect, but offhand I’m not sure that’s where to go. At first I thought the UN would be a treasure trove of proof, but it turns out General Assembly resolutions don’t have legal force. Security Council decisions are what you want, but there’s nothing unequivocal in those that comes to mind. I mean, I’ll check, but I doubt it. Huh. It’s weird though, because it’s been effectively true that the Palestinian leadership has exercised veto power over normalization with Israel, and we discover only now that was all political, and if an Arab country wants to normalize, they can just do it? That can’t be.”

Experts note that for most of those struggling to locate the source for the Palestinian normalization veto, the quest remains academic at most. “Remember, we’re dealing with people who cite ‘International Law’ as if it’s this canonical, clear thing,” explained Yevgeny Katz, Professor of International Law at Yale University, “and not just a mishmash of conflicting, volitional agreements. They also seem to think Israel’s control of areas gained in 1967 violates those laws, and pointing out that’s hardly an open-and-shut case won’t change their mind anyway.”