When a celebrity made her entrance at an awards show a few years ago wearing a dress made of raw beef it was disturbing, shocking, and confusing. Some looked on in fascination. Others turned away in horror. Why would anyone do such a thing unless just for shock value? When she appeared on a talk show not long after, she explained her dress choice. “If we don’t stand up for what we believe in and if we don’t fight for our rights, pretty soon we’re going to have as much rights as the meat on our bones.”

She said that clothes matter. Her choice forced people to ask if our clothes say something important about us.


Why do we dress as we do? Why do we wear clothes at all?

Beyond clothes’ utility – keeping us warm and dry and protected from the elements – they would seem to have little purpose. But if we recall the very first articles of clothing, their purpose had nothing to do with utility but rather served to both highlight and protect modesty. They served to call attention to the error Adam and Eve had made in disobeying God.

“You shall make vestments of sanctity for Aaron your brother, for glory and splendor” (Shemot 28:2). This seems to say it all. Aaron’s clothes have a clear purpose – to bring him glory. But then, as is so often the case, a following verse adds shading to what seems simple. “And you shall speak to all the wise-hearted people whom I have invested with a spirit of wisdom, and they shall make the vestments of Aaron to sanctify him to minister to Me.” Also, on its face, straightforward. Clothes should sanctify Aaron so he can serve God.

How do these verses work together to teach us something about clothes? Ramban notes that Aaron’s garments were to be as royal garb, to lend splendor to the kohen so that when he stood before the tribes he would be held in esteem and reverence. To understand what the second verse adds, we need look no further than our own response to fashion.

“Who are you wearing?” That is the red carpet question. From a dress made of meat to splendid gowns, we are fascinated by fashion. Understanding the power of fashion on people, God instructed the people to make Aaron’s vestments.

But, l’havdil, God expected much more than a red carpet. He expected that Aaron’s vestments would evoke kavod and tiferet.

The red carpet is an exercise in superficiality. The chachmei lev understand that kavod and tiferet are not the consequence of fancy clothes but a source of brilliance in and of themselves. In other words, fashion, at its best, can illuminate these glorious attributes. The second verse makes this more clear, teaching us that beautiful vestments – clothing and fashion – are beautiful not only because of their outward beauty but because of something more.

In this way, the priestly vestments speak to the power of tzniut in clothing. Too many misunderstand, thinking that tzniut is merely “modesty” and, therefore, focuses on “covering up.” That is, of course, true. Tzniut does imply a good deal of covering up. But thinking that is all misses something fundamental about tzniut. The priestly vestments are beautiful because of their outward attractiveness; they are beautiful because they display kavod and tiferet. They merge the physical with the sacred. The holiness of the vestments is not separate from the garb made “…to sanctify him to minister to Me.”

Our two p’sukim make clear that beauty and dignity are not to be separated. The priest cannot wear priestly vestments and at the same time be profane, crass, or unethical. By the same token, the vestments are brilliant and beautiful in their own right. Modest and brilliant? Yes, but only if there is an inner beauty driving the display.

Clothes matter. The Talmud (Sanhedrin 83b) teaches that if the kohanim were to perform the avodah without these specially designated bigdei kehunah, it would be as if they were not kohanim. What does this mean to us, “a kingdom of kohanim and a holy nation”? Simply, that we are kohanim every day of our lives and our clothing too must reflect our sacred missions – wherever we find ourselves and whatever the occasion.

Just as the Kohanim’s clothes added to the aura of the Mishkan, our clothes add to the sense of who we are in the world. Torah teaches us that clothing is to communicate honor. Maharal explains that kavod is derived from the same root as kaved, “heavy.” To give something honor means to give it weight, importance. A Jew should always dress in a manner that expresses honor and glory and dignity, not their opposites. The Gemara relates that Rav Yochanan would refer to his clothing as mechabdotai – the “things that give me honor.”

I often wonder whether people who dress in a non-tzniut manner really want to deny themselves the honor they deserve or whether they simply don’t “get it.” Do people really not understand how important clothes are, even seemingly unimportant articles of clothing?

In an essay I wrote several years ago, I noted how, when I was much younger, I would dance and sing like a dervish on Purim. My Purim celebrations in Pittsburgh included a Yerushalmi kapote and a Yerushalmi hat gifted to me by a Yerushalmi Yid. This hat was a prize possession, as dear as gold and diamonds. It came out only for very special family simchas and Purim. Year round, I wore my dignified suit, tie, and hat. But on Purim… all that went by the wayside as my Yerushalmi hat made my Purim joy and happiness obvious.

Until one Purim night. I was singing, dancing, jumping, and, sweating. Just joy! One child on my shoulders after another. What happiness! And then, the cute little boy on my shoulders – he could not have been older than six – began to cry. What could make this little Israeli boy cry? His father, not very religious, had brought him to celebrate Purim where all were as one, caring for one another, non-judgmental. And all of a sudden, this little boy began to cry and shout. It took a moment for me to understand his sobbing plea. Ani rotzeh et ha’kova shel ha’Rav – I want the rabbi’s hat!

What could I do? This little boy did not want just any hat! He wanted my Yeruahalmi hat. Of course, I gave him my hat – a little boy I’d never seen before and would never see again.

I never regretted what I did but I have missed my hat.

Do you think it is silly that I think of that hat often? I don’t. Clothes are important.

Rambam tells us that a chacham is recognized by his speech and his manner of dress. Just as thoughts and ideas are conveyed through speech, our inner glory is conveyed by the clothes we wear. That said, just as clothes should speak to our sense of modesty they should also speak to our glory – our individuality and unique characteristics. God does not want our clothing to render us as merely “the same” but as unique and wonderful creatures.

This year, Parshat Tetzaveh comes on the eve of Purim. This confluence lends itself to some important lessons about clothes. Just as my Yerushalmi hat came out only on Purim and very special occasions, we cannot wear our Purim masks and costumes year ‘round. Masks and costumes are just tricks we use to delight ourselves into pretending we are not who we really are. Our clothes cannot be mere costumes. They must somehow capture and illuminate something essential about who we are, something unique and true.

I do think about my Yerushalmi hat still, even after all these years. But it was right that I gave it away. Ultimately, it was not who I am but merely part of a costume I sometimes donned. It is better that my clothing reflect honor and glory. 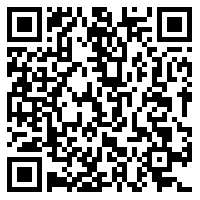