One of the most frequently quoted “experts” in the current debate on the Iran deal is a former State Department official named Aaron David Miller. Regularly cited by pundits and interviewed on television, Miller was even given the front page of an American Jewish newspaper two weeks ago to make his case that this is the best deal possible on the Iranian nuclear threat.

The fact that Miller is Jewish presumably is seen by some as giving him credibility. Moreover, in his remarks and writings Miller is careful to acknowledge the validity of bits and pieces of the arguments made by critics of the Iran agreement. But in the end, he concludes: “In a galaxy far away, a better deal might have been possible, but not here on planet Earth and not under these circumstances.”


But how has Miller’s previous advice on the Middle East turned out? Does his track record give us confidence with regard to his current recommendations?

A significant but little-known article that Miller wrote in 1987 reveals a great deal about his perspective – and the value of his assessments of the key Middle East parties.

The article, titled “The PLO and the Peace Process: The Organizational Imperative,” appeared in the academic journal SAIS Review. At the time, Miller was a member of the State Department’s Policy Planning Staff, along with Dennis Ross and Daniel Kurtzer. At the time of the article, the three were virtually unknown to the general public – but that was about to change.

Miller was assessing the PLO’s situation in the wake of the 1982 Lebanon War. That war was the culmination of a decade of savage PLO terrorist attacks from southern Lebanon, including the massacre of 22 Israeli schoolchildren and three adults in Ma’alot, the slaughter of 18 Israeli civilians in Kiryat Shemonah, and the murder of 36 Israelis and an American nature photographer in the Tel Aviv Highway massacre.

Remarkably, however, Miller’s essay did not once acknowledge the circumstances leading to the war. Seven times he called it “the Israeli invasion of Lebanon,” as if Israel had launched some kind of unprovoked aggression against its northern neighbors.

If that were merely some kind of grammatical sloppiness, it would not deserve anyone’s attention. The problem is that Miller’s description of the 1982 war was one of numerous indications of his overall attitude toward Israel and the PLO.

In contrast with the “Israeli invaders,” Miller presented a very different portrait of Arafat and the PLO. Arafat was “pragmatic” and cooperating with “moderate Arab states,” his Fatah faction of the PLO was “conservative” and “moderate,” and both were interested in “territorial compromise.”

Miller refused to use the word “terrorism” in connection with the PLO, except for one passing reference (in a 5,500-word essay) to what he vaguely called the PLO’s “military/terrorist structure.” Throughout the article, PLO terrorists were described as “Palestinian fighters” and the PLO’s actions were called “Palestinian operations against Israel,” the PLO’s “military strategy against Israel,” and (six times!) “the armed struggle.”

Miller’s conclusion about Arafat: “difficult to include in any settlement –but equally difficult to shut out.”

In retrospect, it is obvious that Miller was laying the groundwork for the following year’s dramatic U.S. recognition of the PLO. Miller’s mindset, as reflected in his 1987 article, was one in which Israel and Arafat were moral equivalents, Arafat and the PLO were not really terrorists, and Arafat would have to be included in the Arab-Israeli negotiations.

And even though the United States had previously given Israel an explicit promise not to deal with the PLO, Miller, Kurtzer, and Ross in 1988 managed to convince Secretary of State George Shultz (and, apparently, both outgoing President Ronald Reagan and incoming President George H. W. Bush) that Arafat had become a moderate and deserved America’s recognition.

How did that work out? Well, despite Miller’s wishful thinking, Arafat had not changed his stripes. In the months following U.S. recognition, he continued to engage in terrorism, culminating in a May 1990 attempt to massacre Israeli civilians on the Tel Aviv beachfront. At that point, President Bush cut off U.S. relations with the PLO. Aaron Miller’s errant – indeed, dangerous – advice was left in tatters.

Incredibly, Miller and his colleagues later convinced another U.S. president to try again with Arafat – and even to give Arafat $500 million annually. And once more the White House ended up with egg on its face when in 2002 the “moderate” Arafat was caught trying to smuggle in a ship with 50 tons of Iranian weapons, forcing the U.S. to drop him again.

Miller’s blind devotion to the myth of Arafat’s “moderation” had misled yet another American president.

Aaron Miller’s latest advice on Iran ought to be viewed in the context of his track record in assessing previous Mideast issues. He was wrong, again and again, on Arafat. And Israel paid a heavy price for that bad advice.

What price, then, for Miller’s bad advice on Iran? 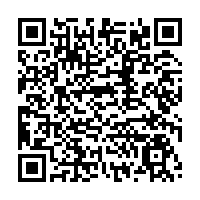