The local police department said that more than 30 cars, homes, buildings and other structures were spray painted with graffiti which included swastikas, “KKK,” and hateful epithets.

The vandalism took place in the north side of San Antonio, an Orthodox community. The graffiti was found in the blocks surrounding the local synagogue, Rodfei Sholom.

“This is where we walk our children for learning, for synagogue, where families congregate and gather to strengthen their relationship with God and with one another,” Winslow Swart, a board member at Rodfei Sholom, told My San Antonio.com.

Pastor John Hagee of Christians United for Israel made his way to Rodfei Sholom as soon as he heard of the incident. Hagee said he has been friends with the rabbi of Rodfei Sholom for over 34 years.

“I came over immediately because in this city Christians and Jews are united like no other city in the United States of America. An attack on the synagogue is an attack on every Christian church in this city,” Hagee said, urging San Antonio residents and law enforcement to do everything they can to bring those responsible to justice.

“We consider this anti-Semitic attack an attack an assault on both Christians and Jews,” Hagee said in an email. “This act of hatred is an affront on all people of faith. Anti-Semitism is an abomination and we must unequivocally confront it whenever and wherever it is found.”

“This criminal and cowardice act has no place in any Texas community,” said Texas Lt. Gov. Dan Patrick in a statement.

“I denounce the religious persecution that has taken place and I am confident the San Antonio Police Department will find those responsible for the delinquency and hold them accountable.” 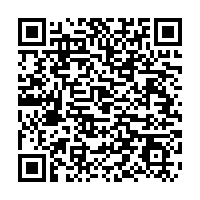