Barack Obama spent his first week after being elected president planning the next four years. And even though the Oval Office is occupied by someone else until January, the pundits were already predicting the next administration’s trouble spots.

At the top of the list is the outcome of the Israeli elections scheduled for this winter. If Likud leader Benjamin “Bibi” Netanyahu goes back to the prime minister’s office, we are told, a major conflict with the Obama White House is inevitable.


The Israeli left has promoted the myth that Netanyahu destroyed the peace process after the murder of Yitzhak Rabin. But the true story is that the Oslo Accords were doomed from the start because of Yasir Arafat’s insincerity and the continuation of Palestinian terror after the peace was signed.

Though Bill Clinton did just about everything to prevent Netanyahu from winning the 1996 Israeli election, the two managed to coexist warily for three years. Despite his hard-line reputation, Netanyahu wound up signing supplements to the Oslo treaties: the 1996 Hebron agreement and the 1998 Wye Plantation accord. He also sent an emissary to Damascus to discuss Syria’s willingness to make peace in exchange for the Golan Heights.

It is his bellicose rhetoric, however, that is remembered more than his diplomacy. Contrary to Theodore Roosevelt’s advice, Netanyahu always spoke loudly while carrying a very small stick.

But there was no mistaking the fact that the Clinton administration despised Netanyahu. Bibi’s warm relations with Republican House Speaker Newt Gingrich and evangelical supporters of Israel deepened the distrust between the two governments. When Netanyahu was bounced out of office by Labor’s Ehud Barak in 1999, the White House did little to disguise its jubilation.

Now, almost a decade later, Netanyahu is on the verge of a remarkable comeback. With the Obama foreign-policy team likely to be comprised of retreads from the last Democratic administration or others equally committed to pushing hard for Israeli-Palestinian peace, trouble with the Likudniks is on the horizon.

But while the idea that the new president will prioritize the comatose peace process and seek to bludgeon Netanyahu into submission may be a fantasy of some of Obama’s fans on the Jewish left, it disregards the president-elect’s innate pragmatism.

Clinton committed himself, without reservation, to the concept that Arafat was a peacemaker rather than a two-faced terrorist. Obama arrives in the Oval Office with no such loyalty to powerless Palestinian Authority head Mahmoud Abbas. To suggest that Obama would risk any of his hard-won political capital on such a slender reed as Abbas is absurd.

Even if we assume, for the sake of argument, that Obama and his people are inherently hostile to Netanyahu, why would it make sense for the next president to try to force Israel into a corner when the prospects for peace are so bleak? With the Palestinians hopelessly split between the weak Abbas and his Hamas rivals who control Gaza, there is no way that any Israeli government, even the current Kadima-led coalition, could do so.

After all, Bibi may be headed back to the premiership because of the failure not only of the Oslo process but also of Kadima’s unilateral withdrawal concept.

Ariel Sharon left the Likud and formed the centrist Kadima in 2005 because Netanyahu and his followers wouldn’t support the withdrawal from Gaza. His attempt to end the old left-right split in Israeli politics was initially successful, but the pullout was a disaster, leading directly to the creation of a Hamasistan that has bombarded Israeli towns. A similar retreat in the West Bank under current circumstances is unthinkable. This failure of unilateralism has left many Israelis looking back to Likud for leadership.

There may be disagreements between Obama and Netanyahu, but the top foreign-policy item in the Middle East, outside of the wars in Iraq and Afghanistan, is not the dead-in-the-water talks with the Palestinians but something on which Obama and Netanyahu may well agree: the threat from Iran’s nuclear weapons program.

While the Republicans made much of candidate Obama’s ill-considered offer of talks with Iran, he did pledge never to allow the Iranians to achieve nuclear capability. If Obama doesn’t keep that promise, he will have far bigger problems in the region than not liking Netanyahu. 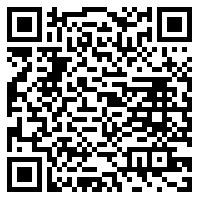