At first glance, it’s not surprising that I voted for Barack Obama for president this election. I’m a New Yorker and a Jew, and so any pollster would have predicted my choice.

Among my Orthodox Jewish peers, however, I am definitely an outlier.


Over the past few months – indeed for more than a year – I heard comments and fears raised about Obama. With only a few exceptions I kept my mouth shut – both because I believed that hardline McCain supporters (as most of family and friends seemed to be) would not be swayed by my arguments and because someone who believes rumors, lies and hearsay is not worth a rejoinder.

But now that Obama is our president-elect, it’s a good time to say that I believe he needs our support and that I hope other Orthodox Jews will join me and rally behind our new president.

First, the obvious: Obama is not a terrorist, nor is he a Muslim. His middle name and never-ending e-mails notwithstanding, he is a Christian. I believe Obama will be a friend to Israel. In fact, I believe that Obama will be a better president for Israel than John McCain would have been.

Yes, you read that correctly.

In order to be a close and valuable ally to Israel, America must be both powerful and influential. The amount of respect this country has lost under President Bush is overwhelming. While the United States does not and should not be concerned with winning a popularity contest, financial and military help is increasingly necessary to carry out our two wars, especially given the worsening economic climate. We are more likely to obtain such support and help with a president whose appeal is international.

Obama’s substantial win has excited the world in every place from Africa (the continent) to Europe to South America. People everywhere have been reminded about the splendor of our system, our democracy.

Obama sent a strong signal that he is, in fact, an Israel supporter when, the day after the election, he appointed Illinois Representative Rahm Israel Emanuel as his White House chief of staff.

Emanuel is the son of an Israeli immigrant who fought in the Irgun before Israeli statehood, and Emanuel himself went to Israel as a civilian volunteer in the Israel Defense Forces during the first Gulf War. He served in the Clinton administration and supported the current war in Iraq, breaking with the nine other Democrats in the Illinois congressional delegation.

That appointment alone should be enough to alleviate fears that an Obama presidency will somehow be bad for Israel and Jews.

Obama’s foreign policy positions, especially in the Middle East, are rooted in reality and run deeper than the tough talk employed by McCain and Bush.

It’s all well and good, after all, to say you don’t negotiate with terrorists, and while terrorists certainly shouldn’t be engaged as equal partners at the world table, five former secretaries of state – Colin Powell, Madeleine Albright, Warren Christopher, James Baker and Henry Kissinger (two Democrats and three Republicans) – support opening talks with Iran.

In a famous blunder, he accused Iran of supplying al Qaeda in Iraq. Iran is largely Shi’ite country and al Qaeda is Sunni. The Sunni-Shia balance in the Middle East is so important, both to the war in Iraq and U.S. policy in Iran, that this type of mistake raised questions about McCain’s readiness to be commander-in-chief.

And it was not simply an isolated slip; when asked to elaborate, McCain actually repeated his mistake and Sen. Joseph Lieberman had to whisper a correction to him. 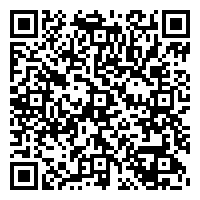