Isaac Bashevis Singer was a Nobel-winning writer of short stories. In “The Colony,” one of his most poignant tales, he recounts the experience (probably autobiographical) of a Yiddish writer who arrives at one of the Jewish agricultural villages in Argentina financed by the fabulously wealthy Baron Hirsch to give a lecture—only to find that there are few Jews left to hear it.


The story was set in the early 1950s, only a few decades after the colony had been established along with other villages Hirsch financed in Argentina, the US, and Canada in one of the greatest individual philanthropic projects ever undertaken. In the late 19th century, Hirsch contributed a sum equivalent to today’s $700 million to finance them.

None of the other villages fared any better, and it was left to historians to tell of their demise. On the jacket of a book published in 1995 about the most successful Hirsch villages created in the US, we are told, “[M]ost of the synagogues are gone; a temple has been converted into a Baptist church. There is little indication to passersby that southern New Jersey’s Salem and Cumberland counties once contained active Jewish colonies.”

As Hirsch was concentrating on solving the plight of Russian and Polish Jews in the Americas, Baron Edmond Rothschild, the only Jew who could rival Hirsch in wealth, made common cause with the early Zionist pioneers in creating Petach Tikva, Rishon Letzion, Rehovot, and other villages in the Land of Israel at one quarter the costs Hirsch incurred on his projects.

A hundred years on, the difference is glaring. Driving on the New Jersey Turnpike one sees no sign of Jewish settlement, but driving on Israel’s highways one certainly does. Rishon Letzion  and Petah Tikva are each 250,000 people strong, over three times the number of all the Jews in Argentina today—the country Baron Hirsch regarded as the “promised land” (along with the US and Canada). Rehovot has a population of over 140,000. There are also the vibrant and still growing Rothschild-supported “moshavot” of Zichron Yaakov and Binyamina.

If there’s any significance to Baron Hirsch’s effort, it lay in his willingness to team up with Rothschild in the last years of his life to support Land of Israel villages as well.

Juxtaposing these two barons reveals a basic historical truth: The return to Zion and Jewish settlement in the biblical Land of Israel are far and away the most successful currents in modern Jewish history. This is certainly true when they are compared to competing ideological projects like the Bund, German Jewish assimilation, and Jewish involvement and support for Leninism and Stalinism, which ended either in the concentration camp or the gulag.

It is doubtful that President Trump knows about the two Jewish barons and the fates of their projects, but Israelis should recognize the historic opportunity his vision presents.

While Baron Rothschild financed the seeds of settlement, it was sovereignty—the creation of the State of Israel—that enabled the villages he underwrote to become the vibrant urban centers they are today.

More than seeds have been planted in Ariel in the central West Bank, Maaleh Adumim and Givat Zeev in the Jerusalem area, Efrat and other vibrant communities and educational institutions in Gush Etzion, and of course the settlements in the strategically placed Jordanian River valley and the southern Hebron hills.

But it requires a decision to extend Israeli sovereignty over these areas to ensure that they grow into the likes of Rishon LeTzion, Petach Tikva, and Rehovot.

The father of it all, Theodore Herzl (who had a complicated relationship with both barons), famously said, “If you will it, it is no dream.”

For our purposes, the English expression “Where there’s a will there’s a way” is more apt.

Compared to the almost insurmountable barriers the Zionist movement faced a hundred years ago in creating rural and urban localities, the citizens of a strong Israeli state know there is a way over the many costs such a decision will entail. The question is: Do they have the will their Zionist predecessors possessed to change the course of Jewish history? 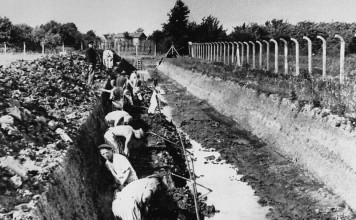 US Department of Justice to Deport Former German Nazi Guard 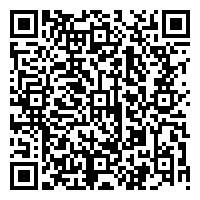