Shoshana and I were together for so many hours. It had been a very long day. It was her first birth, so a long labor wasn’t that unusual, but a doula colleague suggested we go to a clinic in Kiryat Moshe to have Shoshana’s situation professionally evaluated. Sarah gave me the phone number and we called the clinic. We were told a nurse could come to meet us there.

So we took a taxi from Sanhedria to Kiryat Moshe at 10 o’clock on a cold autumn night. When we arrived, the clinic looked dark, but a janitor opened the front door to let us in so we could wait inside until the nurse arrived.


The janitor was wearing black trousers, a white shirt, and glasses. He had a long gray beard and a black velvet yarmulke. He worked quietly, unobtrusively sweeping and straightening up the area, leaving us to our privacy.

We waited patiently, grateful the nurse was coming and hoping we would receive a positive evaluation. Finally she came, we met her, and were happy with the results she gave Shoshana, which made this unplanned excursion very worthwhile.

When I called my colleague to update her on what had transpired, she asked, “So you met Dr. Brooks?”

Dr. Baruch Brooks? The embryologist at Jerusalem’s Shaare Zedek hospital, who works devotedly as a counselor for couples yearning for children? The man who is the scientific director of Zir Chemed, a private non-profit clinic that specializes in bringing treatment to Israel’s haredi community? Dr. Brooks, whom I interviewed by phone for a newspaper article years before?

“Why would we have met him?” I asked Sarah.

“Because you went to his clinic!” she responded.

“The doctor wasn’t there? He’s there every night!”

“Well…there was one man there, cleaning up. I thought he was the janitor.”

Sarah laughed. “That was Dr. Brooks.”

What?! I couldn’t believe it.

We’d missed our opportunity to personally thank Dr. Brooks for his work in helping to bring children into the world and for diligently providing support to countless couples who have sought his help.

I’m sure that how I viewed the humble man sweeping the floor in the clinic would have been very different if he hadn’t been “hidden” behind the “mask” he was wearing.

Not long after that encounter, a neighbor and I, with all our children, were hoping to hire a van to transport us from Neve Yaakov in northern Jerusalem to the Biblical Zoo near Malcha. But it was Chol HaMoed, when families are on the go, so no vans were available.

Finally, one driver said he could come get us.

Yehuda arrived in his extra-large van. He had long gray hair, tied back in a ponytail, and a long gray beard. He appeared to be in his late 60s or older.

We drove along the highway, and one of our boys began asking Yehuda friendly, curious questions, like “Where do you like to drive to?” “Is this your van?” and “Are you from Yerushalayim?”

Yehuda politely replied to all the queries. Then, as the van neared the intersection of Ramat Eshkol, Yehuda surprised us by suddenly asking, “Have you been to the park at Ammunition Hill?”

Our children especially liked running through the ground “tunnels” – the historical bunker rows that make up the main attraction of the park, so they all chimed in together with a big “Yes!”

Without turning his eyes from the road, Yehuda continued, “Well, you see a big park with lots of trees and grass and picnic tables. I see my friends, my comrades. I was a soldier here during the Six-Day War in 1967.

“I see the bare rocks, the dirt, the battle. I see the explosions, the smoke, the fire. I see my friends falling in combat.

“Every time I pass this place, I see my the faces of friends who are no longer here. I can’t believe I’m alive, that I lived…that I am still here, decades later.

“You don’t know what happened here to give you this pretty park to play in!”

Yehuda then became very quiet. We didn’t say anything either.

So here was our van driver, who was providing people with a greatly appreciated service. But he was wearing a mask! He took it off for just those few moments, and let us get a glimpse of the real him.

I have tremendous respect for all the people who provide us with the services we need: teachers, janitors, sanitation workers, doctors, nurses, taxi drivers, and anyone else whose job involves serving others.

But there’s no one “star” in this world of action. Every person we see or meet or encounter on purpose or “by chance” is much more than we could ever guess. Each one has a story: a long, special, unique story. Stories we can hardly fathom.

It is as though everyone is wearing a mask that hides the hidden hero behind it. 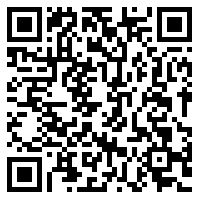