More than 300 FBI agents and Rockland district attorney investigators were spread across Rockland County, NY, on Wednesday with search warrants, asking local vendors and yeshivas for records and account for equipment that was supposedly purchased by religious schools with millions of dollars provided by federal education technology programs, LoHud.com‎ reported.

The FBI-led raid began at about 1:30 PM in Monsey and the village of Airmont, and included private homes, businesses and yeshivas. The FBI issued 22 search warrants in Ramapo alone. Some raids were carried out in Kiryas Joel in Orange County.


According to LoHud.com, the raids are part of an investigation of local yeshivas over money obtained through the federal government’s E-Rate program, which allocates more than $4 billion annually for computer and Internet access across the US.

The US Attorney’s Office said in a statement Wednesday: “Today, the FBI, working with our office, conducted searches in connection with an ongoing fraud investigation. If and when charges are filed, they will eventually become public. This remains an ongoing matter, and we are unable to provide any additional information at this time.”

​The E-Rate program has been investigated for fraud many times since its inauguration in 1998. Robert Rhodes, chairman of Preserve Ramapo, told LoHud.com, “We expect eventually there will be conspiracy indictments and the same people who are involved in different areas of illegal activities are interconnected.” 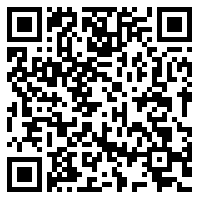