Presumably, David Ben-Gurion would have disagreed with John Bolton on a number of issues. But the Israeli founding father likely would have appreciated the incoming National Security Advisor’s strong skepticism regarding the United Nations.

Bolton, who served as U.S. ambassador to the United Nations in 2005-06, once remarked:

“The [U.N. headquarters] in New York has 38 stories. If it lost 10 stories, it wouldn’t make a bit of difference.” (“Fifteen might be better,” New York Times columnist Bret Stephens quipped this week.)

Ben-Gurion’s famous assessment of the world body came in the form of a remark he made at an Israeli cabinet meeting in 1955. He was responding to a suggestion that the United Nations’ 1947 plan for partitioning Palestine brought about the creation of the State of Israel. “No, no, no!” Ben-Gurion shouted. “Only the daring of the Jews created the state, and not any oom-shmoom resolution.”

“Oom” is the Hebrew acronym for “United Nations,” and the use of “shm” as a prefix is, of course, a well-known Yiddishism indicating contempt for the subject. The phrase “oom-shmoom” became a fixed part of the Israel political lexicon and has been invoked by other Israeli leaders over the years.

When the United Nations in 1997 condemned Israel for building homes in the Har Homa section of Jerusalem, Israeli Prime Minister Benjamin Netanyahu remarked (in Hebrew), “If this is all the ‘Oom’ is good for, then truly it is ‘Shmoom.’ ” Every Israeli adult instantly understood his reference to the unforgettable words of the country’s first premier.

American Jewish organizations had high hopes for the United Nations and actively promoted its establishment in 1945. It was not long, however, before its limitations and biases began to emerge. In a landmark address in 1956, Rabbi Joseph B. Soloveitchik—one of the most important and influential rabbinical authorities in American Jewish history—declared that aside from the 1947 Palestine partition plan, “one cannot point to any other concrete accomplishment on the part of the United Nations.”

In fact, even the 1947 plan was a just a recommendation, not a concrete achievement. The world body took no action to bring about the implementation of the plan, nor did it intervene when five Arab armies invaded the newborn State of Israel in defiance of that resolution.

Not six months after Rabbi Soloveitchik’s remark, the U.N. General Assembly held its first emergency special session—in order to rebuke Israel for taking action in response to Egypt’s massive military buildup and sponsorship of terrorist attacks from Gaza. That led to the creation of the first U.N. peacekeeping force, which was stationed in the Sinai; its mission was to prevent Egyptian aggression against Israel and ensure that the Suez Canal remained open to Israeli shipping.

The hope that those U.N. “peacekeepers” would actually keep the peace soon proved illusory. When Egyptian dictator Gamal Abdel Nasser began preparing for war against Israel in the spring of 1967, he demanded the withdrawal of the U.N. troops from Sinai—and they meekly complied. The United Nations’ abdication of its responsibility “destroyed the most central hopes and expectations on which we had relied on withdrawing from Sinai in 1957,” Israeli statesman Abba Eban later wrote in his autobiography. “What had for 10 years appeared to be a stable international reality turned out, within two hours, to be as unsubstantial as a spider’s web.”

Subsequent Israeli experiences with U.N. peacekeepers, especially the U.N. Interim Force in Lebanon, likewise proved to be profoundly disappointing. UNIFIL has become notorious for its failure to prevent Palestinian and Hezbollah terrorists from operating under its nose in southern Lebanon.

For decades, U.N. agencies have been competing with each other over which one can adopt the most vitriolic anti-Israel resolutions. Absurdly extreme declarations against Israel are issued with such regularity that you can practically set your watch to them. This week alone, the U.N. Human Rights Council passed five separate anti-Israel resolutions. And the votes were not exactly close. A resolution calling on all U.N. member-states to refuse to sell weapons to Israel was adopted by a vote of 25-4. Even a resolution calling on Israel to surrender the Golan Heights to the maniacal regime in Syria passed, 25 to 14.

All of which makes you wonder about the decision by some Jewish or Zionist organizations to spend so much of their time wringing their hands about the fact that Israel is excluded from various U.N. committees and the U.N. Security Council. Even if Israel were to somehow gain membership on one of those bodies, the Jewish state inevitably will find itself overwhelmed by a large majority of hostile Arab, Marxist and Third World member-states.

Rather than seeking to change the culture of an organization whose culture will never change, Jewish officials could put their time and resources to better use by concentrating on matters of greater consequence. As indicated by this week’s five resolutions—and the many hundreds that preceded them—some biases are simply too deeply entrenched to be dislodged. Acknowledging that fact may be uncomfortable. But it’s a reality that has been apparent since Ben-Gurion’s time. 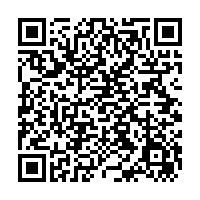