The Jewish community in Hebron has acquired two more buildings near the Cave of the Patriarchs, according to members of the “Harevei Makom Eilah” movement.


Fifteen Jewish families moved into the two buildings, which have been named “Beit Rachel” and Beit Leah” after two of the Biblical matriarchs whose remains are laid to rest nearby.

The families say they have purchased the buildings with the approval of the Civil Administration, according to Ynet.

“With this entrance may we continue to merit to fulfill the Torah commandment to walk in the path of our Father Abraham in carrying out the redemption of the Land of Israel,” a spokesperson for the families said on Monday night.

“On Passover 50 years ago, Rabbi Levinger z’l, and his friends Rabbi Druckman and Rabbi Waldman announced that the people of Israel had returned to the city of our forefathers forever. On this day we are returning and reinforce their call: Am Yisrael Chai!

”With our entry today to Beit Rachel and Beit Leah, we say to Mother Rachel, refrain your voice from weeping, and your eyes from tears, for there is reward for your actions, and your children are returning to their borders. 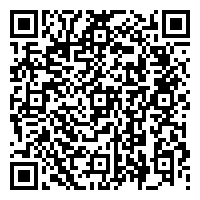