Israeli Prime Minister Naftali Bennett chose a particularly inopportune moment to enrage disgruntled voters. Though a member of his staff was likely responsible for the extremely poor judgment call, Bennett is the one in whose name the move was made. Its subsequent reversal after an outcry, then, proved insufficient.

The incident in question involved the bereaved father of Shir Hajaj, 22, a female Israel Defense Forces lieutenant killed in a 2017 Palestinian truck-ramming attack. She was murdered along with three other innocent IDF soldiers enjoying an educational field trip in Jerusalem’s Armon Hanatziv neighborhood.


In a post on Sunday evening—mere hours after 25-year-old Eliyahu Kay, an immigrant to Israel from South Africa, was gunned down by a Hamas-linked terrorist on a rampage near the Western Wall in Jerusalem—Herzl Hajaj announced that Bennett had blocked him on Twitter.

The stir caused by Hajaj’s tweet, which accompanied a screen shot of Bennett’s account blocking him, spurred the prime minister’s staff to engage in on-the-spot damage control. Less than an hour after it appeared, the prime minister unblocked Hajaj and issued an odd semblance of an apology.

Saying that blocking Hajaj had been done with “good intent,” the prime minister’s office claimed that “The moment his social-media team understood it, the block was lifted.” By “it,” the PMO seemed to mean the foolishness of the decision—taken by tech-savvy but otherwise pretty ignorant young people—to protect their boss by penalizing his critics.

Whatever their motive, however, they were forced to backtrack following the backlash, which included calls to block Bennett in return, to reduce his number of followers. Indeed, all the dissing of Hajaj did was provide fodder to others who felt betrayed by the premier and his Yamina Party, as well as to politicians in the opposition, happy to be given cause to slam the prime minister for going so far as to sever ties with the devastated parent of a slaughtered daughter.

Ironically, Hajaj, like many of those who cast their ballots for Yamina in the last four election cycles, favored Bennett precisely because he was to the “right” of former longtime Prime Minister Benjamin Netanyahu. Having a child killed so brutally in broad daylight will tend to make her father blame the incumbent for being soft on terrorism. And Bennett campaigned as the candidate whose party would be utterly uncompromising where security and defense were concerned.

The trouble was that Yamina simply didn’t garner enough seats, and Bennett managed to secure his current position by forging a coalition that included not only the far-left but a Muslim Brotherhood-affiliate to boot. As this went against his pre-election vows, his champions ended up ranging from disillusioned to disgusted.

Hajaj is among the latter.

“I not only voted for Bennett and backed him, but I volunteered at the Yamina headquarters,” he told Channel 12 on Monday morning. “I believed in him; that he opted to discard the bereaved families and Israeli security is my greatest disappointment.”

In the same interview, he defended his own behavior while disparaging Bennett’s.

“My comments [on his feed] have been harsh,” he acknowledged. “But I don’t lie or curse; I only speak my mind. This apparently wasn’t to the liking of his aides, and … [he] must have been fed up with me.”

Hajaj then assailed them for doing this on the day of the deadly attack in the Old City, in which Kay was killed and four others were wounded; being preoccupied with “nonsense” is how he put it.

He wondered aloud how, on such an occasion, the prime minister’s staff is busy trying to silence critics, when they should be “preventing terrorist attacks and creating deterrence.”

This will be hard for Bennett to do while working tirelessly to keep his coalition together. Even more difficult for him will be living down his social-media blunder, which is by no means the only reason for his disastrous showing in opinion polls.

The well-deserved ridicule that he’s been receiving for the faux pas is already rearing its head.

In reaction to heartfelt tweet about Kay—“who served as a paratrooper in the 202nd Battalion and worked as a tour guide at the Western Wall [Heritage Foundation] … [a] beautiful Israeli … connected to his country, to his homeland”—one follower retorted: “And if [his] parents sharply criticize you, are you going to block them, too?” 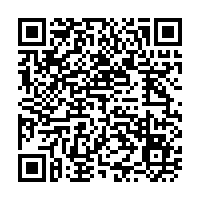