The Australian government on Wednesday listed Hezbollah and the neo-Nazi group The Base as terrorist organizations, which makes membership in either organization a criminal offense, Australia’s ABC reported. It also means that individuals who provide support to either group can be charged with terrorism.

Hezbollah is not active in Australia, while The Base has attempted to launch local cells there.


Home Affairs Minister Karen Andrews said the government followed the recommendation of a bipartisan parliamentary inquiry. Parliament’s Intelligence and Security Committee has recommended that all of Hezbollah be declared a terrorist group, including its “political arm,” whatever that means. Last October, Minister Andrews still supported the idea of only banning Hezbollah’s “military arm.”

Chairman Senator James Paterson (Liberal) said his committee was “concerned by the decision to at this stage only re-list Hezbollah’s ESO,” adding that “in its last review of the re-listing of Hezbollah in 2018, the Committee recommended that the government consider extending the listing to include the military wing of Hezbollah.”

“In this report, the committee goes a step further. We recommend the government consider listing Hezbollah in its entirety as a terrorist organization,” Paterson stressed, adding, “We do so based on the expert evidence received by the committee that the distinction we currently draw between Hezbollah’s ESO and the rest of Hezbollah is an arbitrary one.”

Federal MP Julian Leeser (Liberal), a member of the joint committee on intelligence and security, told ABC that the new designation “brings us into line with the US, Canada, and Germany and the Arab League and a range of other countries around the world.”

“What is the effect of it having a terrorist listing?” Leeser asked and answered: “It makes it easier for prosecutorial authorities to prosecute people who may be high-risk offenders because they are a member of the group or supporters of the group.”

Prime Minister Naftali Bennett on Wednesday morning commended Australia’s move, saying: “I thank the Australian government and my friend, Australian Prime Minister Scott Morrison, for the intent to declare Hezbollah a terrorist organization. Hezbollah is an Iranian-backed terror organization in Lebanon responsible for countless attacks in Israel and around the world. Together, we will continue in our fight against terror.”

The Base was formed in 2018 by Rinaldo Nazzaro who used to work for the FBI as an analyst and for the Pentagon as a contractor, then moved to Russia and directs the group’s activities from there. He resides with his wife in Saint Petersburg, Russia. The Base is active in the United States, Canada, Australia, South Africa, and Europe. It is considered a terrorist group in Canada, Australia, and the United Kingdom. Nazzaro uses the pseudonyms Norman Spear and Roman Wolf. 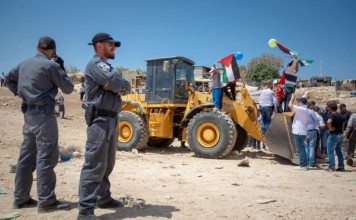