How does one make decisive decisions on major policy questions? According to Otto von Bismarck, the answer lies in his famous speech “ Blood and Iron”. The Prussian chancellor, who lived from 1815 to 1898, was solely responsible for the creation of today’s Germany by uniting the German kingdoms into a single state and by maintaining stability in Europe by the means of war a complex system of alliances.

“Politics is the art of the possible” Bismarck used to say. He understood that it is important not only to know what your power is, but to also know and recognize its limitations. He achieved this with the help of two main components: “Iron” – he increased the military strength and promoted rapid industrialization of the economy; and “Blood” – he ensured the unification of Germany through alliances and through the development of a single national identity for Germany.

On the other side of the world and about 150 years later, Israeli Prime Minister Benjamin Netanyahu was elected for the fifth time. Even his greatest opponents cannot deny his economic and political accomplishments, which are not only expressed in domestic politics but also in the regional and global arena. The image of Israel today as a major power, for better or for worse, is a direct consequence of the policy of its leader, Benjamin Netanyahu.

The realist approach of international relations studies holds that interests and survival are the source of relations between people and nations. Therefore, each country strives to survive and maximize its profits by gaining power. Bismarck’s foreign policy was based on pragmatism motivated by cost-benefit considerations. Netanyahu also uses a similar method in the political and diplomatic arena, playing interests as a calculated game of chess. Even Israeli journalist Ben Caspit, one of the Prime Minister’s greatest critics, admitted in an interview for “Globes” that “Netanyahu is a huge Machiavellian.”

The two leaders worked to turn their countries into regional powers. Bismarck understood that in order to maintain stability in Europe with the upper hand, he must first become strong. To this end, he began several wars in order to unite Germany.

First, he went to war against Denmark to annex the districts of Schleswig and Holstein. Then, Prussia went to war against Austria and its small allies in the Seven Weeks’ War. This led to the consolidation of Prussia in Germany and to the removal of Austria from the arena.

Another of Bismarck’s diplomatic ploys, caused France to declare war on Prussia, which alarmed the countries of southern Germany who then wished to join Bismarck’s Northern Confederation. Eventually, France lost the war and Germany took over Alsace and Lorraine. By 1871, Bismarck ruled over a German empire that included 40 million inhabitants.

Netanyahu, while not embarking on a series of wars, operates with a similar perception of the power with which he intends to achieve regional peace. He does so by developing Israel’s economy and by investing in the military. In the field of economics, Netanyahu conducts an ongoing struggle to reduce regulation and bureaucracy and to open markets to competition. He also adopted the principle of minimal intervention in the market, even if it has not yet been fully implemented. This is what led to the privatization of large parts of the economy, thus turning Israel into a global leader in innovation and entrepreneurship.

In 2008, the average GDP per capita in Israel in terms of purchasing value was 27.3 thousand dollars, in 2019, it reached about 36 thousand dollars. Israel’s economy continued to grow in the last decade despite the global crisis that hit many western countries. In addition, Netanyahu also promoted the gas pipeline deal that brought Israel independence in energy and strengthened its regional standing.

Regarding the security-military aspect, Israel acquired advanced military air and sea systems, and has equipped itself with anti-missile batteries to intercept short, medium- and long-range missiles. At the same time, one must mention the success of the defense industry and the positioning of Israel as a cyber power. The investment in security and military might have brought Israel the quietest period of security in its history.

A System of Alliances

Bismarck’s true greatness came after the unification of Germany: contrary to expectations, Bismarck did not want more wars and sought stability in Europe, and the strengthening of his new unified country. In spite of conflicting interests, he established the League of the Three Emperors (that included Germany, Russia and Austro-Hungary). In order to keep France from attacking Germany, he created among the British an impression of a French threat, while avoiding to participate in the colonial race.

Like Bismarck, Netanyahu also knew to skillfully embroider several alliances that preserve Israeli interests and even increase Israel’s power in the region and in the world. The list of alliances includes the Eastern Mediterranean alliance with Greece and Cyprus, which creates economic opportunities and bypasses Turkey; A series of agreements with major Asian countries such as China, Japan and India, and even with Muslim countries such as Azerbaijan and Kazakhstan; strengthening ties with Eastern European countries and reducing the impact of the European Union, historic visits to Argentina and Brazil; A diplomatic return to Africa, close ties with Russia, growing cooperation with Arab countries, and of course, the warm friendship with the United States.

The rationale behind the methods of the two leaders is similar and, in both cases, works and succeeds. “Politics is not an exact science as you like to think in academia. Politics is an art,” Bismarck claimed. An art that – apparently – these two leaders are well versed in. 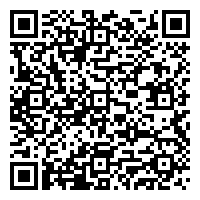