One of the most delicate terms in Israeli identity discourse is “Arab citizens of Israel.” Jews citing this term use it to make a distinction between “Israeli” Arabs and “Palestinian” Arabs and to imply differences in their attitudes toward the State of Israel and its institutions. There are substantive differences between the legal status of Arab citizens in Israel, Jerusalem’s Arabs (who are non-citizen residents), and the Arabs of the territories (most of whom are residents of the Palestinian Authority). But in the world of identities, the spoken word is mightier than the written law.


Anyone versed in the finer points of the discourse prevalent in the Arab world is aware that the term “Israeli Arab” is seldom used. Arab citizens of Israel most often are referred to by the Arab world as “the Arabs of 1948.” This appellation distinguishes Arab citizens of Israel from the Palestinian collective in Judea and Samaria, the Gaza Strip, east Jerusalem, and the Palestinian diaspora abroad. It implicitly criticizes the Israeli ID card that they bear and their ties to Israeli society.

Public opinion polls conducted in recent years indicate that about one-fifth of Israel’s Arab citizens define themselves as Israeli. But the same polls indicate that this Israeli identity is secondary to the Islamic and Arab identity of those sampled. Whenever the Israeli-Palestinian conflict intensifies, in particular regarding the Islamic contexts of Jerusalem and the Temple Mount, the desire of Israel’s Arab citizens to support the Palestinian side is brought into sharp focus.

It seems that the serious violence of the past month in Lod, Akko, Jaffa, Tamra, Qalansawe, Tayibe, Haifa, the Negev, and elsewhere in Israel greatly undermined whatever divides do exists between factions of the Palestinian community and instead bolstered the affinity between Israeli and West Bank or Gazan Arabs.

Many groups in the Arab sector have strongly condemned the violence of an Arab minority, and it should be noted that many Arab criminal elements led to the riots. Nevertheless, the nationalist narrative of the riots cannot be downplayed. The rioters sought to proclaim that the artificial divide between “Israeli” and “Palestinian” Arabs has expired and to emphasize that preoccupation with the 1967 borders is artificial. Like the Palestinians, the Palestinian citizens of Israel view the conflict with Israel as stemming from 1948. Young people in Lod and Acre interviewed by the Israeli media even explicitly stated that “Acre is Arab like Jerusalem, like Haifa, Jaffa, Ramla, and Lod – and all of Palestine. It is time we take back what is ours.”

The PLO’s Phased Plan, adopted by that organization in June 1974, also made clear that a return to the borders of the 1967 Six-Day War referred to by Palestinians as the Naksa, meaning the “downfall,” or “defeat” is merely the first step toward a return to the reality that preceded the Nakba (“catastrophe” or “disaster”) of the displacement of Palestinian refugees during Israel’s War of Independence 1948. A similar trend is also evident in the Arab-Israeli community’s “Vision Document” of 2006, written by members of the Joint Arab List, among others.

This document seeks to unravel Israel’s political system, in place since 1948, regarding the existence of a majoritarian democracy (where the country’s Jewish majority holds preference in the determination of the country’s character). Instead, the authors of the Vision Document seek to establish a consociational democracy where minority groups have the power to veto decisions inconsistent with their views.

The deep-seated national component of the recent clashes indicates that even after calm is restored on the streets, Israel’s political leadership will still face fundamental questions. Given that both national communities must continue to coexist within the State of Israel, how can a cooperative civil framework be formed despite the harsh national disputes? The key to answering this question lies mainly in working with civil society organizations and the local authority leaderships in both publics, who can fashion a framework of consensual “ground rules” for leading a shared life alongside bitter national conflict.

This must include strict condemnation of violence on anyone’s part and a commitment to maintaining law and order while creating mechanisms for close dialogue between the parties both in times of routine and in emergencies. Mechanisms of dialogue – which have broken down because of recent rioting –  are a fundamental tool in restoring order, alongside firm policing and the imposition of heavy penalties on lawbreakers.

One must also consider additional causes for the bloody incidents of recent weeks, including the power of violent armed gangs and Arab criminal elements in mixed cities and Arab local authorities. These groups terrorize local authorities, public leaders, Arab educators, and community activists. This internal fauda (“chaos”) in the Arab sector was bound to spill over into Jewish Israeli society. The police and security forces have no choice but to confront such vigilantes to secure the safety of Jewish- and Arab-Israeli citizens.

Blaming the situation on the police alone is narrow-sighted. Beyond the police, the Israeli government must own up to the challenge of governance and sovereignty in Arab communities. Dealing with the challenge will entail a combination of educational, community, employment, identity, and infrastructure initiatives. It will require the provision of proper municipal services in Arab cities, alongside real empowerment of pragmatic local leaderships, with an emphasis on Arab municipalities.

Arab municipal authorities in the country’s north, center, and south face severe deficiencies in transportation infrastructure, education, and employment – all of which grew worse during the coronavirus pandemic. Manpower in Arab authorities is weak, too, leading to inefficient financial and organizational conduct, which makes it harder to implement budget reforms prescribed by Government Decision No. 922, which mandated the investment of NIS 15 billion ($4.6 billion) over five years in Arab cities and towns and Decision No. 2397, which adds a further investment of NIS 3 billion over five years. Therefore, in addition to the allocation of the budgets, there is a need for extensive professional training of municipal officials.

To deal with all the weighty challenges mentioned above, four key endeavors must be undertaken:

National authorities have invested heavily in the Arab sector in recent years, but it seems that there is no integrative approach or government coordinator who has a view of the complete picture and who channels resources appropriately and effectively. Additionally, the government has failed to broadcast the diverse work it has undertaken to benefit the Arab community, something that might slightly restore the current low level of trust between Arab citizens and government authorities.

Past Israeli governments included a Ministry of Minorities. Dismantled in 2011, this ministry lacked any real power. Last February, Prime Minister Benjamin Netanyahu appointed Israel Police Maj. Gen. (ret.) Aharon Franco as point man on combating crime in Arab communities. What is still missing is an integrative government office with powers to coordinate all government policies and security matters relating to the Arab sector. Such a coordinated government effort is needed to work with pragmatic Arab leadership in creating a better future for Arab Israelis and the Negev Bedouin.

{Written by David Koren and reposted from the Israel Hayom website} 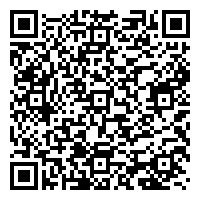