There are ill winds of change hovering on the horizon.

Washington is signaling its intention to distance itself from Israel. Pressures are being imposed on Israel to make further unilateral concessions to Mahmoud Abbas, most of which would directly impact on its security.


The new climate was exemplified in a recent address by Secretary of State Condoleezza Rice, who compared the self-inflicted suffering of the Palestinian people with segregation in the United States and said that “there could be no greater legacy for America” than to bring about “a Palestinian state for a people who have suffered too long, who have been humiliated too long, who have not reached their potential for too long.”

Rice failed to qualify these remarks by noting that Palestinian “humiliation” and “suffering” would have been averted and a Palestinian state could have been established a long time ago, had the Palestinians curtailed terror and ceased launching missiles against Israeli civilians, a situation that prevails to this very day.

It was particularly disconcerting that both the impotent Israeli government and the usually highly vocal American Jewish establishment failed to condemn those outrageous remarks.

These developments should be viewed in tandem with an intensifying campaign by unrepresentative American left-wing Jewish groups publicly urging the Bush administration to soften their policies in relation to the Palestinians.

In order not to distress the strongly pro-Israel Jewish community, the “doves” employ Orwellian language. They do not demand that the Bush administration reverse its support for Israel. Instead they call for Washington to become “more involved” and “even-handed” in order to bring an end to the “ongoing violence and retribution” – code language for downplaying the terror and incitement that the Abbas factions indulge in no less than their Hamas counterparts.

It means urging Israel to negotiate under fire, bring an end to sanctions against the PA, talk to Hamas, and make concessions that will invariably lead to a greater toll in Israeli lives.

Until recently, public support for Israel in the United States had reached an all-time high. George W. Bush is unquestionably the most pro-Israel president ever to have occupied the White House. Both Congress and the Senate have been fully supportive of Israel and opposition has been relegated to the fringes. The evangelicals have elevated support of Israel to one of their top priorities.

Yet storm clouds were brewing. The charges of espionage against AIPAC officers represent an unprecedented affront to an ally. The situation on college campuses where anti-Israeli activity has become the central focus point of radical political activism is more than disconcerting. Segments of the U.S. electronic and print media were highly biased in their coverage of the recent Lebanon war.

The brouhaha over the Israel lobby initiated by Professors John Mearsheimer and Stephen Walt in a Harvard University paper has led to widespread campaigns demonizing AIPAC and other pro-Israel lobbies. Tony Judt, the Jewish historian promoting the view that Israel was a mistake and supporting a binational Israel-Palestinian entity, has provided an aura of respectability to the dismantling of the Jewish state.

These anti-Israel sentiments are now infiltrating the Democratic Party – the party favored by the vast majority of American Jews. Senator Joseph Lieberman, the former Democratic vice president candidate, was defeated in a Democratic primary by a relative unknown who challenged his Middle East policies and obtained the support of a large percentage of Jewish voters.

In fact, the most troublesome aspect to these trends is not that the public profile of bodies like the Jewish Policy Forum and Brit Zedek V’Shalom, which call for more even-handedness, is growing. It is even more worrying that, with the exception of the Zionist Organization of America, the reaction to these activities by American Jewish agencies has been extraordinarily mute.

Despite the misleading double-talk, this campaign represents a real and serious threat to Israel. AIPAC is possibly the greatest success story of any American lobbying group. It has one overriding role: To support Israel and Israeli government policies. Were AIPAC to initiate policies conflicting or inconsistent with the objectives of the Israeli government, it would lose its grassroots support overnight. Hence repeated allegations that AIPAC is a “hawkish” body is language designed to undermine AIPAC and support for Israel. 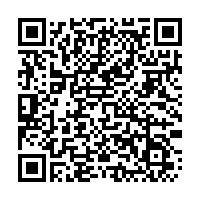