Palestinian Arab arsonists set much of Israel ablaze this week, which is sad, but alas, expected bad behavior. Far more disappointing is the pyromaniac behavior of so-called “Jewish leaders” and commentators who are threatening to burn down the edifice of Israel-Diaspora relations.

It begins with Reform, Conservative and sundry feminist leaders who threaten Prime Minister Netanyahu with an “irreparable break” in relations with the Diaspora Jewish community if the Israeli government doesn’t follow through on the plan to build a large egalitarian space at the Western Wall.


This is followed by intemperate Ultra Orthodox leaders who call non-Orthodox movements “wicked and abominable.”

It continues with cries of “fascism” from liberal NGOS, backed by Diaspora Jewish funds, about every modest proposal for constitutional or judicial reform in Israel.

It grows into howls of dissent and fury by progressive peace activists across the Diaspora Jewish spectrum as Israel tenderly begins to consider (logical, inevitable, justified) adjustments to the hallowed two-state paradigm for relations with the Palestinians.

It crescendos into unacceptable national character assassination with the drawing of bleak portraits of Israel and its politics; menacing portraits that are totally out of whack with reality.

In the pages of Haaretz and counterpart publications abroad, Israel has become a sinister place: immoral, illiberal, repressive and delusional. It is, supposedly, a country dominated by politicians with dictatorial tendencies, rabbis with racist sympathies, Russians with fascist leanings, and settlers with messianic ambitions.

This is rancid poppycock. Israel is more globalized, open and democratic than at any time in its history. Hawkish Israeli foreign policies and conservative Israeli socio-economic and cultural policies don’t make this country less enlightened, noble, creative or exciting.

My concern is that extremist, Biblical-style lamentations over Israel’s final corruption are going mainstream. They’ve been part of the die-hard anti-Zionist camp for 100 years. Now, however, you hear echoes of this seeping into everyday Israeli-Diaspora discourse, with the trashing of Israel serving to justify a Diaspora Jewish “distancing” from Israel.

This delegitmization of Israel from within is extraordinarily dangerous. It leads to imperious talk about “saving” Israel from itself, and about organizing “sane liberal forces” on both sides of the Atlantic/Mediterranean to fight the “darkness “ that is creeping into Israel’s “soul.”

THE VICTORY of Donald Trump has accelerated this worrisome trend. The rabble-rousers are out in full force.

Chemi Shalev of Haaretz ramped-up his standard Israel-villification to call this week for a new alliance of anti-Trump American Jews and anti-Netanyahu Israeli Jews. They have to partner in fighting the “hyper-nationalism” and ethnocentric supremacism” of both Trump and Netanyahu. Basically, Shalev desperately wants liberal American Jews, awakened to battle against Trumpism, to “no longer be unwitting accomplices” to Israeli policies “they would find abhorrent if they were being implemented in their own backyard.”

Haaretz’s Gideon Levy goes one step further and flat-out calls Trumpists “pro-Israel and anti-Semitic.” This bothers him to no end; far more than it ever bothered him to have American leaders who were pro-Jewish yet anti-Israel. In fact, he favors the latter configuration. He expressly prefers the pro-BDS and fiercely anti-Israel singer Roger Waters  – “a courageous man of conscience without stain,” over Trump’s chief strategist Steve Bannon – “a declared racist, closet anti-Semite and friend of Israel.” He wants Diaspora Jewish groups to overthrow their pro-Israel leaders.

Dov Waxman, Dov Zakheim, Julie Schonfeld, Rick Jacobs and others have similarly taken to “warning” Israel of an “end” to Diaspora support, unless Israel adopts various portions of their liberal agenda in foreign and domestic policy.

I STILL BELIEVE in the viability of a strong Israel-Diaspora partnership. There have always been tensions between Israeli Jews and Diaspora Jews, but we need not force these tensions to the divorce stage by embracing confrontational campaigns.

Part of the solution lies in recognizing the source of difference between the two communities, and learning to accept these differences with some humility.

Yossi Klein Halevi puts it this way: For Israelis, the most essential element of their Jewishness is Jewish solidarity and self-protection. For American Jewish liberals, it’s empathy for the other, especially the oppressed. “For many Israelis, American Jews sound hopelessly naïve; and for many American Jews, Israelis sound brutal.” In short, there are deep structural and cultural discontinuities in the relationship that need to be massaged.

What mustn’t happen is mutual demonization or scapegoating. In particular, we need to reject the common wisdom that the Israel-Diaspora gap is mainly Israel’s fault; because the “occupation” or the “rabbinate” violates liberal American Jewish values.

Writing in Mosaic earlier this year and relying on data from the recent Pew poll, Elliot Abrams demonstrates that it’s not that American Jews, especially young Jews, are becoming “disillusioned” with Israel. It’s that they are intermarrying and simply abandoning any hard-core Jewish religious or ethnic identity; and along with this abandonment goes disinterest in Israel.

He notes that “tikkun olam,” repairing the world through action for “social justice,” is widely regarded by many American Jews as more important than actually observing Jewish rituals or supporting Israel. “This ‘prophetic’ or ‘cosmopolitan’ outlook is also necessarily in tension, sometimes more and sometimes less, with the need and the desire to protect Jews who are in danger. Israel that is increasingly acting like an ethnonational state is not the best outlet for such cosmopolitan longings.”

Abrams writes very sharply: “Are we really to believe that someone who chooses not to engage with any part of the organized Jewish community, who does not belong to a synagogue and considers himself (in the Pew study’s terminology) a ‘Jew of no religion,’ who has never visited Israel, who has married a non-Jew who did not convert and whose children are not being raised as Jews – feels less attached to Israel than his parents or grandparents because of settlements or ‘the occupation’?”

Are we really to believe that such a person would become a strong supporter of and frequent visitor to Israel if only Labor or Meretz were to win an election? Or, for that matter, if there was a larger mixed prayer space at the Kotel?

Perhaps Israeli and Diaspora Jewish communities will drift farther apart; perhaps through hard work they will find new ways to appreciate and reinforce one another. But pouring oil on the Israel-Diaspora fire with warlike strategies to beat down one’s internal adversaries is unforgivable.

David Friedman Beware: 200 Years Ago, US Envoy to Tunis Was Fired for Being Jewish

Israel Should Beware US and International Guarantees

Beware the Revenge of Obama 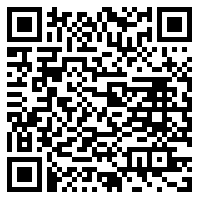