In Israel this morning, the Knesset approved an initial vote banning anyone who supports a boycott of Israel.   Similar to the laws of other nations who deny entrée to enemies of the State, the bill which will be ratified shortly resolved that the country will “bar anyone who publicly calls to boycott Israel or part of Israel from entering the country.”

Yinon Magal, the sponsor of the bill noted, “Whoever calls for a boycott, will not come here and will stay out, and this bill makes it clear to those who hate us that it’s over.” Magal added that this bill addresses “the absurd situation where a person exploits Israeli democracy and what Israel has to offer in order to push boycotts against the country.”


The New Israel Fund (NIF) – an American Jewish organization which spends $30 Million annually to harm Israel – is well aware of the effect this will have on this organization, issuing a press release late today noting that, “..theoretically, if this law is passed, any non-Israeli who has indicated that boycotting settlement products is an acceptable tactic could be barred from visiting or residency in Israel..”

And yes, NIF is right – and is a continuation of this government’s work against those who lead the boycott efforts against Israel.

A few months ago, Israel’s High Court of Justice ruled that Israel’s Finance Minister can “impose fines and withhold funding from Israeli NGOs calling for boycotts of businesses in all or parts of Israel and the power to file lawsuits against those NGOs.”

While the world – and American Jews that support extremist positions – continue pressuring and harming Israel, Prime Minister Netanyahu’s government continues under the mantra which he stated, noting  “We must not cave into the pressure, [we must] expose the lies and attack the attackers. We shall unite forces in Israel and abroad, expose our enemy’s lies, and fight for the Israeli citizen’s right to live their lives peacefully and safely.”

We stand with Israel – and with the bill’s sponsor who said today, “Anyone who wants to boycott is welcome to do so from Syria.”  We urge the wealthy mis-guided donors of New Israel Fund to stop supporting a boycott, including Jacob & Hilda Blaustein, Sally Gottesman, the Leichtag Foundation, Bonnie and Marty Tennenbaum, Edith Everett , and the board members of Temple Israel of White Plains – President Ellen Salant, Ken Kanfer, Audrey Samers, Magan Schain and others. 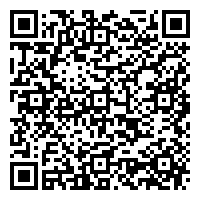