We live in an extraordinary time.

Catherine Ashton, the EU’s highest ranking foreign policy official, blessed the proposed joining of Hamas and Fatah.  The US and the EU transfer millions of dollars to the Palestinian Authority which gives these same monies into the pockets of incarcerated Palestinian terrorists. Many of those same terrorists – who committed heinous crimes, admitted to those crimes, and take great pride in their actions – are called heroes and are released by Israel by the bushel.  So it should come as no surprise that we have reached a new low in the fight against terror:  blame the victim.


Lord Norman Lamont, a former British Chancellor of the Exchequer, has written yesterday in the NY Post  that pending litigation against Arab Bank, the largest financial institution in the Middle East, is all about making lawyers rich and not bringing justice to terror victim families.  In his words:

Can American trial lawyers use US courts to legally blackmail foreign banks? The US Solicitor General — to whom the Supreme Court has turned for advice — is now considering whether the justices should hear a case (Arab Bank v. Linde) about just that.

In 2004, American trial lawyers sued one of the Middle East’s oldest financial institutions,  the Jordan-based Arab Bank, on behalf of US victims of terror attacks within Israel and their families.

The civil suit claims the bank knowingly did business with terrorists and terror-linked charities, becoming a conduit for funds financing terrorist strikes. The charge is unlikely, to put it mildly. Arab Bank has a long history of working with Israel. After the signing of the Oslo Accords, Israel used the bank to transfer tax revenues it had collected for the Palestinian Authority. During the intifada, it depended on the bank to act as a financial intermediary for western aid to the territories.

Lord Lamont apparently was not fully briefed about the case against Arab Bank.

The Bank has been forced to admit that it serviced accounts of terror-associated organizations marked as such by the US government.  They could not explain away the existence of the accounts, the association between these accounts and US-designated terror groups, or the Bank’s providing financial services for those same accounts.

The bank’s New York branch was shut down by the US Treasury and Arab Bank paid a $24 million fine for its “systematic” failures to follow US anti-money laundering procedures.

The bank’s role in serving terrorists was identified when the lead lawyer in the first lawsuit against the bank identified online Saudi appeals for deposits into Palestinian “martyr” accounts held and serviced by Arab Bank.

Yasser Arafat also had a history of “working with Israel.” This fact did not stand in the way of his documented active involvement in incitement and terror against Jewish targets.

As a terror victim represented in the Linde v. Arab Bank litigation, I can only praise the conduct of the lawyers on our case.  They have worked for ten years against powerful law firms representing the bank, and they have never taken a penny from us for their thousands of hours of travel, court appearances, depositions, and research.

And that research has shown a pattern of servicing accounts associated with Palestinian terror organizations. It would not be a stretch to say that the Second Intifada—with over 1,100 Israelis killed—would have been impossible without some form of financial infrastructure for supporting guerrilla war against Israel and its citizens.

The bank was sanctioned by Judge Nina Gershon after repeatedly failing to provide critical documents related to the bank’s actions in facilitating the movement of funds in bank accounts identified by our lawyers.  Hiding Palestinian Authority bank secrecy laws did not cut it with Judge Gershon or with the Second Circuit Court of Appeals which ruled 3-0 to keep the sanctions in place.  And it would appear that the author of this calumnious article is directing it solely at the Solicitor General, who is charged with informing the Supreme Court on the government’s view of the sanctions in the case.

Can IKEA Put Together a Middle East Peace Package?

Starting Over – Pull Up a Chair [audio] 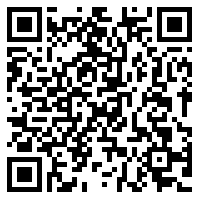