Under the shadow of the war in Gaza, the members of the Gesher Leadership Course – a diverse mix of secular and religious Jews, including haredim, met one last time before the conclusion of the semester.

Although our gatherings, which help us develop leadership skills and devise new ways to bridge the religious divide in Israeli society, are usually a highlight in our busy schedules, every member of the group arrived to the meeting noticeably upset. Of course, our sour mood was justified.


At that point in time, the war was raging and the number of casualties was growing daily. In fact, a lone soldier (a soldier with no family members living in Israel) was buried that very morning in Jerusalem; it was a heart-wrenching funeral attended by tens of thousands.

Additionally, a member of our group was called up by the IDF to serve in Gaza, leaving his wife and small children at home. It was far from the ideal atmosphere for our meeting, and bridging the gap between haredi and secular Israelis appeared to be the least of our worries.

Still, we pushed ourselves beyond those heavy feelings and convened our meeting to focus on the important task at hand.

With the war as a backdrop, we began discussing secular-haredi relations in Israel. As the conversation progressed, a secular member of the group raised an interesting question: How does a haredi citizen of Israel connect to the hardships and tragedies of war if he isn’t personally connected to anyone serving on the front lines?

Through many shared experiences, the members of our group have gotten to know each other quite well. We have broken down barriers and dissolved stereotypes, opening our minds to customs, perspectives, and values that in no way resemble our own. This has allowed us to discover the true depth of our similarities and our expansive common ground.

As always, our discussion hit a nerve, and we were primed for an eye-opening and thought-provoking experience. Immediately we realized our knowledge regarding the issue of haredi enlistment was based almost entirely on the media’s presentation of the issue. We had been fed a message that blamed Israel’s haredi population for detaching from society, refusing to share the burden, and using Torah study as an excuse to evade responsibility. We knew this wasn’t a fair assessment of the situation, but it didn’t fully register for us until we picked it apart as a group.

The haredi members clarified further that they felt every bit as connected to the state of Israel and the harrowing consequences of war as their secular counterparts, even though they didn’t know anyone on the front lines by name. At least they hadn’t when the war began.

One group member explained that every haredi family in her neighborhood had “adopted” a soldier, praying and performing good deeds on his behalf. A second participant described how her grief-stricken 14-year-old nephew was learning Torah day and night and eating with restraint because he felt a great responsibility toward “his” soldier. He was worried that something terrible would happen to his soldier if he stopped learning Torah for even a moment.

Yet another haredi participant expressed extreme distress at not being able to attend the funeral of the lone soldier that morning. The politics were complicated, and he understood his attendance could be misconstrued, but his feelings were genuine: he wanted to pay his respects to a young man who had given his life for the Jewish state and the Jewish people.

While it will be argued that Israel’s haredi population should do more to contribute to the country’s cooperative atmosphere, my eyes were opened to the fact that we don’t quite know the whole story but rather are always reacting to the information we are fed without digging deeper. 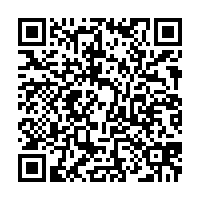