Israel has not responded to the rocket fire, at least so far and may be waiting to see if Hamas is intent on launched round two of the war, or simply is letting Hamas play head games by not extending the cease-fire but and shooting three rockets just to prove it can do so.

The best scenario would be that Israel has spotted the rocket launching sites and will retaliate later this evening.

However, Hamas claims it did not fire the rockets, which makes the terrorist organization look even worse because if true, it proves, as it has often proven, that it does not control Gaza.

The Iron Dome anti-missile system shot down one rocket over Ashkelon, and two other rockets exploded in open areas in the area of Sderot, located approximately one mile – as the missile flies – from the Gaza border, and in the area south of Ashkelon.

The Palestinian Authority postponed a scheduled 9:30 p.m. press conference as truce talks in Cairo appear to have been nothing more than hot air that is about to blow up. President Obama spoke with Prime minister Netanyahu about the cease-fire during the afternoon, according to White House spokesman Ben Rhodes.

The IDF has called up reservists and extended the emergency “Tzav 8” orders so thousands of soldiers, some of whom were called up as long as a month ago.

After the original ceasefire began, the IDF pulled troops out of Gaza but redeployed thousands of troops along the Gaza border, from the north to the south, so that they can go into action immediately if need be.

However, hundreds of tanks and armored personnel carriers returned to their bases near Eilat and in the Golan. But enough remain near Gaza so that the IDF can retaliate. 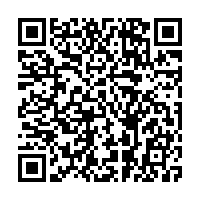