In a recent Knesset debate, despite the customary efforts of Israeli Prime Minister Benjamin Netanyahu and Labor Opposition Leader Isaac Herzog to differentiate their political positions, it emerged that both actually oppose creating a Palestinian state under prevailing conditions.

Netanyahu’s position on this is well known, since he stated as much last year, in the run-up to the Israeli elections, but Herzog’s statement was new.

Herzog said, “The vision of two states is not dead, but it won’t happen tomorrow, surely not as long as you and [Palestinian Authority President Mahmoud Abbas] are afraid to make a move.”

Two aspects of this statement are noteworthy.

Second, the assertion that the Israeli government, like Mahmoud Abbas’s Palestinian Authority, is “afraid” to move on peace highlights the method with which the Israeli left wing has clung to the talisman of creating a Palestinian state alongside Israel, irrespective of the conditions on the Palestinian side. As the polls show, it is a matter of Palestinian conviction, not fear, that prevents a peace settlement.

Successive Israeli governments, Likud and Labor, have all “made a move” in favor of concessions to the PA, sometimes unilaterally, in the hope of securing an eventual agreement. The Netanyahu government has offered unconditional talks and even unilaterally halted Jewish construction in the West Bank just to get the PA to come to the negotiating table. The PA did so – for less than a week.

Were the PA willing to negotiate a peace agreement today, the Israeli government, whatever its justified misgivings about Palestinian intentions, would feel almost duty-bound to act on this and negotiate a peace settlement.

In short, there is no fear of acting; merely justified lack of faith, given the demonstrable facts of Palestinian rejection of the legitimacy and permanence of Israeli statehood and Jewish national existence, of which it is worth reminding ourselves:

* In April 2009, regarding recognizing Israel as a Jewish state, Abbas declared, “I will not accept it.”

* In July 2013, Abbas, reiterating a position he had enunciated already in 2010, stated, “In a final resolution, we would not see the presence of a single Israeli – civilian or soldier – on our lands.”

* In January 2014, Abbas declared that, even if a Palestinian state is established, there would be no compromise or relinquishing of the deal-breaking “right of return” for Palestinian refugees of the 1948-9 war and their millions of descendants, which would end Israel as a Jewish state.

* In March 2014, Abbas reiterated that he will neither accept Israel as a Jewish state nor conclude a comprehensive peace if it means signing an “end of claims” clause.

* In June 2014, Abbas sought out a new alliance with Hamas, whose charter calls for the destruction of Israel and the murder of Jews.

* In September 2015, Abbas incited a wave of terrorism when he spoke of a wholly imaginary “fierce attack taking place against the Al-Aqsa Mosque” and then, in a speech broadcast on PA TV, declaimed that “The Al-Aqsa [Mosque] is ours…and [the Jews] have no right to defile it with their filthy feet… We bless every drop of blood that has been spilled for Jerusalem…blood spilled for Allah.”

PA or Israeli fear of “making a move” on Palestinian statehood is not the issue: Palestinian refusal to accept the legitimacy of a Jewish state is the heart of the problem. 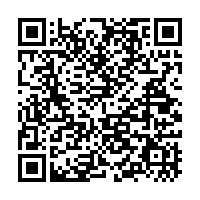