Never put it past Jews in the Diaspora to shoot themselves (or at least their own people) in the foot, or worse. Now we learn that Jews are giving money, through a Jewish organization, to help fund an educational initiative to honor the “great humanitarian activist” Rachel Corrie.

Several years ago a brouhaha was raised about the Jewish Communal Fund, which is wholly-owned by the Jewish Federation of New York, because it was revealed to be distributing money to anti-Israel groups such as the New Israel Fund and Jewish Voice for Peace.

And put aside the question why people who want to contribute to anti-Israel groups choose to do it through the Jewish Communal Fund. That one we can’t fathom, though frankly we can’t fathom why anyone with any seichel wants to give to JVP or NIF anyway.

But for 2015, the most recent year for which funding information is available, there is an interesting – shocking, actually – entry in the Jewish Communal Fund’s list of beneficiaries. This was brought to light in a recent interview with Richard Allen, founder of the Jewish communal watchdog JCCWatch.org. Allen expressed continuing dismay that Jewish donor dollars are going to support anti-Israel causes.

Allen revealed that of the many dozens and dozens of JCF donor recipients, the Palestine Children’s Relief Fund stands out amongst all the Jewish centers and Jewish Federations. The PCRF sticks out even on a list which still features Jewish Voice for Peace, an organization both the Anti-Defamation League and the Simon Wiesenthal Center condemn as anti-Semitic, and the New Israel Fund, which supports programs that promote the BDS (Boycott of, Divestment from and Sanctions against Israel) Movement.

Of course, the trigger-ready defense to the charge of a Jewish organization passing donations to such organizations is that the donations are donor-advised. In other words, they claim, it is not the Federation or even the JCF which is choosing to enrich these anti-Israel groups.

Yes, that’s true. The donors do designate where they want the money to go. However, for the benefit donors receive of being able to take an immediate tax deduction once depositing their money with the JCF – and why else would donors use the Fund rather than directly making the contributions themselves – they, according to the Internal Revenue Service rules, immediately forfeit any control over where that money goes. Donor-advised? Yes. Donor-controlled? No.

Now comes the second step, which is that the JCF has an over-arching restriction on where the donations can go.

That restriction is spelled out in a two-pronged test in the Grantmaking guidelines of UJA-Federation’s wholly-owned Jewish Communal Fund. It says, under the heading “Impact on the Jewish Community“:

And then go one step further. For the year in which the record reflects that the UJA’s JCF distributed money to the Palestine Children’s Relief Fund, one of PCRF’s main projects that year was dedicated to honor the memory of someone even the furthest left of Jews would not claim as promoting the security of the Jewish community.

That project is the Rachel Corrie Gaza Education Initiative.

For those who don’t remember, Rachel Corrie was a member of the International Solidarity Movement. Corrie went to Gaza to volunteer with other misguided ISM westerners as human shields. She chose to enter a war zone and refuse to leave in an effort to protect buildings targeted by the Israel Defense Forces for harboring terrorist weaponry and entrances to terror tunnels. Corrie was virulently anti-Israel and was enamored of the Hamas terrorist organization. She was killed in a tragic accident while acting as a human shield in Gaza, attempting to interfere with IDF demolition bulldozers in a war zone.

The Rachel Corrie Gaza Education Initiative was described on the PCRF site this way:

In honor of the great humanitarian activist Rachel Corrie, who was killed in Gaza while trying to protect the homes of refugees in Rafah, the PCRF is launching an education initiative to help provide special tutoring and education for children in Gaza who have been severely impacted by the recent siege on the Strip. Your support for this initiative will ensure that these children get the education they need to continue to try to build a future in Gaza, and to honor Rachel, who valued education at the highest level.

Could promoting a program that celebrates Rachel Corrie as a “great humanitarian activist” be “deemed adverse to the interests of the Jewish community?” And, at the very least, is there any way to argue that it is the right thing for any Jewish organization to do or to facilitate? 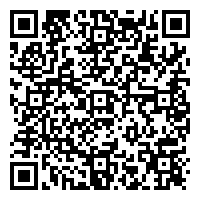