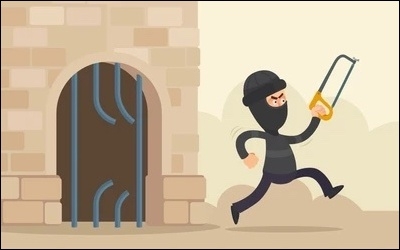 In a speech to the House of Commons in 1952, Winston Churchill said, “A prisoner of war is a man who tries to kill you and fails, and then asks you not to kill him.”

Israel’s prisons currently hold thousands of Palestinian terrorists, none of whom need to beg for their life, because they know that while Israel theoretically has the death penalty, it has never used it against mass murderers of their ilk.


In fact, rather than transforming a terrorist into a defeated supplicant, Israeli prisons permit extraordinary comforts and benefits to its prisoners, and even allow some to carry on their involvement in terror from behind bars.

The recent escape of six prisoners from the Gilboa Prison, including arch-terrorist Zakaria Zubeidi, former leader of the al-Aqsa Martyrs’ Brigades in Jenin, amply demonstrates how far the system has fallen into disrepute.

A series of failures led to the audacious but successful breakout from the prison in northern Israel. Of course, any system can have failures, but in this respect some of them were directly related to the pliability of the Israeli prison system.

One of these examples was the request by Zubeidi for a transfer into the cell where the five other prisoners were located a day before the escape, which was accepted without any red flags raised.

That chief terrorists can ask to change cells as though they were summer camp bunks is hardly the most egregious failing.

According to Palestinian Media Watch, terrorist prisoners and their lawyers appear to have almost unlimited freedom to smuggle materials in and out of the prisons. Many are able to study for academic degrees, and some have even managed to smuggle out their sperm and father scores of children.

Convicted murderers like Marwan Barghouti are provided with enough comfort that they manage to run a quasi-political empire from their cells, with important figures visiting them regularly. These are just some of the leniencies and gaps that have been exploited by the prisoners.

While for many Israelis, these are relatively trifling issues—until the current escape—Palestinian society views its prisoners in Israeli jails as soldiers on the frontlines of the violent rejectionism that has characterized the Israeli-Palestinian conflict for more than a century.

Palestinian terrorists sitting in Israeli jails are lionized and paid handsomely for their “sacrifice.” The so-called “pay for slay” stipends to prisoners and their families are seen as vital for the Palestinian Authority.

In 2018, under pressure from the West to end the terror payments, P.A. leader Mahmoud Abbas was unrepentant. “Even if we have only a penny left, we will give it to the martyrs, the prisoners and their families,” he said. “We view the prisoners and the martyrs as planets and stars in the skies of the Palestinian struggle, and they have priority in everything.”

Abbas has also voiced praise for the prisoners’ movement, saying it was “paving the way for the independence of Palestine.”

For Palestinians, the terrorists in Israeli prisons are not POWs who are defeated and made to stay out the rest of the war. They remain in the field of conflict, making every effort to escape, rioting and threatening Israeli authorities continually. It’s no coincidence that the release of prisoners is always at the top of any Palestinian wish list, whether that of Hamas, Fatah or Islamic Jihad, in negotiations with Israel.

Israel should therefore look to its prisons as a possible avenue to break the Palestinian rejectionists’ will to continue fighting. Taking far tougher measures against terrorists in Israel’s prisons will have a deflating effect on Palestinian society, and force the much-needed message that terrorism and violence do not pay.

Many of the rights that these prisoners assume are sacrosanct may be suspended if the authorities believe there is just cause on the basis of “security reasons,” even according to the Geneva Convention. Thus, Israel has the legal possibility to suspend many of the privileges and pampering that the prisoners receive.

The escape of Zubeidi and his five accomplices are a major breach of Israel’s security and could have resulted in a massive loss of life. Israeli authorities are thus well within their rights to suggest that until the country can be sure that there will be no more breaches from its prisons, it can take draconian measures against the terrorists behind bars.

Demoralizing the prisoners will have the desired effect on the Palestinian leadership, which sees these people as heroes to be emulated. They have to be broken, defeated and even humiliated, if necessary.

Defeating the spirit of captured terrorists can become a springboard for the ultimate defeat of Palestinian rejectionism, and an Israel victory.

These are not run-of-the-mill prisoners, but generals and foot soldiers in a war against the Jewish state, who now seek and receive its good graces.

Israel might be reluctant to use its death penalty, but it can still make the lives of the Palestinian terrorists in its jails miserable, despondent and hopeless. It must break their will to see themselves as combatants in an ongoing conflict.

They have to be made to understand that their capture is a one-way ticket to abject defeat. This way, the message will eventually trickle down to those who sent them to do their deadly work. 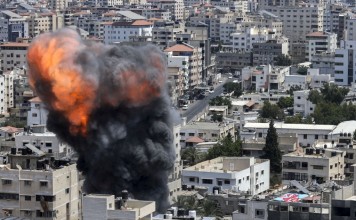