The mitzvah of Pidyon Shvuyim – redemption of captives – has probably never crossed your path.

But now you who are reading this are in a position that your Israeli brothers and sisters are not – you are the ones who can fulfill this mitzvah that is desperately needed in the times we now live in.


The opportunity to redeem Jewish captives is extremely rare, but these days it has taken a macabre form. Jewish soldiers defending the Jewish People in the Land of Israel were taken captive by the enemy who killed them: For nearly seven long years, since the summer of 2014, Hadar Goldin and Oron Shaul have been held in Gaza without the State of Israel being able to bring them to kever Yisrael, with all that this means.

These two young men, when killed and then held captive, were the same age as my children. Hadar’s mother and I meet when invited to the same functions, and I share her pain from across the hall. All these years, every single Friday night as I light the Shabbat candles, I ask Hashem to bring Hadar and Oron home, along with all of Israel’s missing sons. But as you know, Hashem expects us to do our part on earth. So I am asking you to do yours.

Oron Shaul was killed in a firefight in the Gaza war on July 20, 2014, in Operation Protective Edge, alongside six other soldiers in the Golani Brigade. The abduction of his body was cruelly celebrated on Gazan television.

At 8:00 a.m. on August 1, 2014, a ceasefire brokered by the US Secretary of State John Kerry and UN Secretary General Ban Ki-Moon went into effect. At 9:05 a.m., terrorists used a hidden tunnel to kill three soldiers of the Givati Brigade and snatch Hadar Goldin’s body.

As you read these words, once again we are living in the immediate aftermath of a ceasefire. However, as reported in the press, the condition for returning Oron and Hadar, together with two living Israeli citizens – Avera Mengistu and Hisham a-Sayed – is the freeing of more than 1,000 terrorists held in Israeli prisons. This contemptible demand will bring about more bloodshed, not peace.

Which brings us to your responsibility. As US citizens, it is incumbent upon you to act in order to make this message clear. You, personally, together with your community leaders, hold power to move your elected officials to raise their voice and act.

As Jews, you must impress upon those in positions of power not only the commandment to redeem captives but the principles that underlie the commandment. As the Mishnah states (Gittin 4:6): “One does not redeem a captive for greater than his worth, in order to reform world order (tikkun olam).” Rambam explains (Hilchot Matanot Aniyim 8:12) that it is so that enemies should not pursue them for capture. This Jewish wisdom is universal.

It is your responsibility to fulfill the mitzvah of Pidyon Shvuyim by seeing to it that the U.S. government fulfills its responsibility by demanding the release of Hadar Goldin, z”l, Oron Shaul, z”l; as well as Avera Mengistu and Hisham a-Sayed, two Israeli citizens who were captured alive by Hamas. 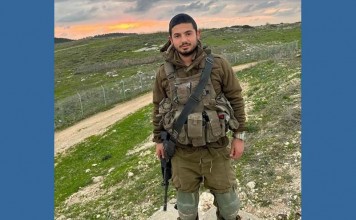 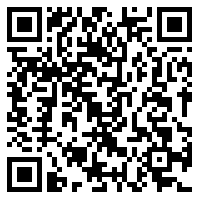