Bertram (Benyamin) “Buddy” Korn, a Jewish activist, journalist, and community organizer, passed away on July 5 at the age of 64 shortly after contracting COVID-19. His contributions to the Jewish community were vast, and it was more often behind the scenes than not that we benefited from his work without knowing it.

Korn’s passing should not occur without examination of his unparalleled influences on the Jewish community that he loved so dearly. As one of the founders of the Committee for Accuracy in Middle East Reporting in America (CAMERA), and later as a Jewish newspaper editor in Florida and Philadelphia, he began his work defending Israel in the media, and at the same time grooming a generation of mission-driven journalists for the Jewish community.


His work as a pro-Israel grassroots organizer and community-builder took on a myriad of forms: He volunteered in CAMERA’s D.C. office before helping guide its relaunch as a national organization (in addition to his leadership of CAMERA’s Philadelphia office). Later, he worked with various organizations as a paid professional, board member and adviser. Zionist and religious organizations, and Holocaust-educational efforts, benefited from his hard work.

He loved music and radio from his days as a jazz-show host on campus radio. His good nature, humor and penetrating insight was a fixture in Philadelphia—first on The Jewish Exponent’s program that he created when he was that newspaper’s editor from 1994 to 1997, and years later when he launched Jewish Independent Talk Radio and hosted such guests as Bill Kristol.

After leaving the Exponent, he stayed busy speaking, organizing, editing and writing as he had done since his days with CAMERA. He organized a group called Jews for Sarah and was part of an effort to support a possible run for Sarah Palin for president. He edited several books for investigative journalist Aaron Klein and wrote the forward to one as well.

His personal story is just as interesting as his professional one.

As film critic and talk-show host Michael Medved wrote in his autobiography, Right Turns, and David Horowitz in his memoirs, Radical Son, Buddy spoke to audiences about his journey from being on the radical left and secular to being observant and a political conservative. As The New York Sun website reported, “He was the son of a Reform rabbi [Bertram W. Korn Sr.], who had, as a rear admiral of the United States Navy, risen to become the first Jewish chaplain of any branch to accede to flag rank. As a young man, the rabbi’s son was more into Mao than Moses. For a period Korn lived in India. Eventually, though, he came home and, soon enough, began his move to the right.”

Buddy was animated by an immense respect for his father’s love of the Jewish community, American patriotism and writing. His father’s groundbreaking history, American Jewry and the Civil War, was something Buddy often spoke of.

But Reform Judaism was not to be Buddy’s home; he was active in both Chabad and Young Israel congregations.

Buddy’s four children were a key focus of his life. He was exceedingly proud of the fact that three of them made aliyah, and that two of his sons served in the Israel Defense Forces. He loved and supported his children in every way. And he never failed to have time for or his wife, Nava, and felt deeply blessed to recently welcome his first grandchild.

Pirkei Avot (“The Ethics of Our Fathers”) states that “the world stands on three things: Torah, the service of G-d and deeds of kindness.” Buddy inculcated these tenets to his children, as well as to the many journalists and communal leaders he mentored over the years.

Those areas all came naturally to him it seemed to those around him; it was part of his soul. What’s more is that he saw all three as part of a larger, holistic effort necessary in convening community.

Buddy was a different kind of Jewish leader: He loved the battleground of ideas, but struggled mightily to show respect for his adversaries and shunned the spotlight he so richly deserved.

So, please, take a moment and learn some Torah, say a prayer, do a kind thing in his memory. Consider joining the larger fight to advocate for Israel and the necessarily simultaneous struggle to help unify the Jewish community. Unity does not mean we have to all agree, but rather, that we put aside our differences, and learn to love and respect each other in order to make the Jewish community a welcoming place for all Jews. 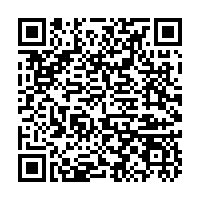