Israel-related and Jewish communities expressed their condolences over the passing of civil-rights icon and longtime congressional Rep. John Lewis (D-Ga.) on July 17 after a six-month battle with pancreatic cancer.

“It is with inconsolable grief and enduring sadness that we announce the passing of U.S. Rep. John Lewis,” his family said in a statement. “He was honored and respected as the conscience of the U.S. Congress and an icon of American history, but we knew him as a loving father and brother. He was a stalwart champion in the ongoing struggle to demand respect for the dignity and worth of every human being. He dedicated his entire life to non-violent activism and was an outspoken advocate in the struggle for equal justice in America. He will be deeply missed.”


Although Lewis, who represented Georgia’s 5th Congressional District from Jan. 3, 1987 until his death, sent mixed signals when it came to Israel, such as co-sponsoring a resolution for and against the anti-Israel BDS movement, he was known to be a friend of the Jewish community.

He spoke out against Louis Farrakhan, saying that the Nation of Islam leader’s rhetoric was “divisive and bigoted.” Lewis refused to join Farrakhan’s 1995 Million Man March in Washington, D.C.

In a statement, officials at the Jewish Federations of North America noted being “heartbroken to learn of the passing of John Lewis, our longtime friend and partner. With unshakable commitment and determination, Congressman John Lewis reminded us every day of the power of gentleness, humility and optimism. He risked his life in the name of racial justice, helped lead the historic march from Selma to Montgomery, and served as a member of Congress representing the people of Georgia for 33 years.

“America is better off because of John Lewis,” they continued, “and his legacy will live on forever in the many people he inspired to live up to his example.”

“From the [1963] March on Washington to Black Lives Matter, Rep. John Lewis committed his life to the fight for justice and equality,” said World Jewish Congress president Ronald S. Lauder in a statement. “He led by example, from his commitment to nonviolent protest to his unflinching belief in our nation’s capacity to become a more perfect union.”

“Through it all, he understood the importance of building bridges of empathy between communities. He was a lifelong ally of the Jewish people, a loyal supporter of the State of Israel, and a vigilant voice against anti-Semitism,” said Lauder. “At a time when some nefarious forces are stoking division between the black and Jewish communities, we should look to the model that John Lewis set for us and remember that black-Jewish unity is the best way to achieve justice for both peoples.”

‘An unwavering ally of the Jewish community’

Democratic Majority for Israel said in a statement that Lewis, who was one of 10 children born to sharecropper parents, “risked his life to make America better, and we are forever grateful for his moral leadership and his tireless fight for a more just society.”

“Although we lost him at a time when we need him so much, he’ll continue to be an example to all of us. Congressman Lewis built deep ties with the Jewish community as partners in his righteous fight for civil rights,” it said. “In an iconic photo, Mr. Lewis walked with Rabbi Abraham Joshua Heschel and Dr. Martin Luther King Jr. in the 1965 March on Selma.”

That march led to the passing of the 1965 Voting Rights Act, which eliminated systemic barriers for black voters.

“John Lewis inspired us to do better, as Jews and as Americans. He will forever inspire us to continue the fight for racial justice and to build a better future for the next generation. He will be deeply missed,” tweeted the Jewish Democratic Council of America.

John Lewis inspired us to do better, as Jews and as Americans. He will forever inspire us to continue the fight for racial justice and to build a better future for the next generation. He will be deeply missed. https://t.co/KpPwDGvvMz

“Lewis set an example for our country that will long outlive him. His work for equality had profound effects on the lives of not only African-Americans, but other minority groups, like American Jews,” Republican Jewish Coalition spokesperson Neil Strauss told JNS. “For that, all Americans owe Lewis a debt of gratitude. We hope that Lewis can rest in peace knowing he made the world a better place.”

The American Israel Public Affairs Committee (AIPAC) called Lewis “a heroic fighter for justice and human dignity” who was a “steadfast ally of the Jewish state who was instrumental in gaining passage of The Jerusalem Embassy Act” in 1995.

“Freedom has lost a powerful ally and the pro-Israel community has lost a stalwart friend,” said AIPAC in a statement. “We extend our condolences to his family, his colleagues and all those who were inspired by his extraordinary life of bravely striving for justice.”

“Congressman Lewis was truly a larger-than-life figure who will be dearly missed by all,” wrote the Conference of Presidents of Major American Jewish Organizations. “He will be remembered for his courage, perseverance and faith in America. He leaves a legacy which will stand the test of time.”

In a mass email, the Jewish Council for Public Affairs stated that Lewis “was an unwavering ally of the Jewish community. His most sincere, heartfelt love was for humanity. Not only HIS people, ALL people seeking justice” stated Lois Frank, past JCPA chair and a friend of the Congressman for many years. “For a man of such celebrity, this humble and gracious spirit prevailed. His neshama [‘soul’] was pure … one of a kind.”

Lewis is survived by his son, John-Miles Lewis. He was predeceased by his wife, Lillian, who died in 2012.

Bibi’s Choice: Allow Ilhan Omar and Rashida Tlaib into Israel, or Send Them Back? 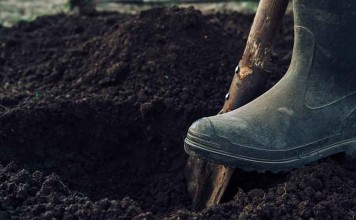 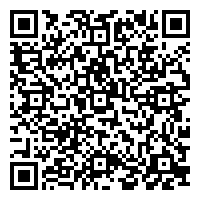