The terrorism en route to the Western Wall and the gates of the Temple Mount will not be defeated through the allocation of more police, soldiers, blockades, and increased intelligence. Terrorism outside the holiest places in Judaism is also defeated through the settlement of Judea and Samaria on the routes that lead to them. This was the case in the City of David, which for years was an overt target for terrorism against Jews and a center of crime until Jews came and settled there, and the terror waves and crime in the Jerusalem neighborhood of Silwan subsequently dropped exponentially.

If we will it, so shall it also be in the area of the Temple Mount’s Chain Gate and Hagay Street and the roads leading to them, where hundreds of Jewish families once lived.


After the 1967 Six-Day War and the liberation of Jerusalem, Jews began to slowly return to these places. But it isn’t enough.

Security as a means

The stabbing attack last week and Sunday’s attack near the Chain Gate are good enough reasons to implement, albeit with considerable delay, the expropriation of the south side of Chain Gate, in very close proximity to the site of Sunday’s attack. This would see to it that terrorism has a price. In places where violence and terrorism ran wild, Zionism wizened up and added life and construction. That was how many of Israel’s communities were established and how many homes in Hebron and the Old City were settled.

The pattern of behavior should have been different: Settlement from the outset and not just in response after the fact. Still, the long years of struggle have shaped a formula of “in your blood, live!” and an attack birthed a neighborhood as another birthed a community and yet another birthed yet another home in the alley leading to the Temple Mount and the Western Wall.

In a 2015 terrorist attack that occurred at the site, a terrorist pursued the Benita family and stabbed Aharon, the father, to death. His injured wife, whose pleas for help from Arab merchants were ignored, was bleeding in the street. Rabbi Nehemiah Lavi, who tried to help the victims, paid with his life. The true memorialization of Lavi, Benita, and Eliyahu David Kay is the significant solidification of Jewish settlement in Jerusalem’s historic core.

The capital will not be bought with countless defenses, fences, the thwarting of attacks, and the decoding of messages. Security is the means. Life in Zion is the goal. 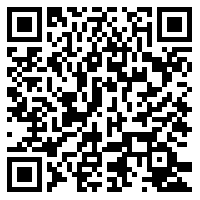