Amidst the steady drumbeat of anti-Iraq war sentiment, leftists have suddenly turned hawkish when it comes to Iran. The fact that Iran is on the verge of becoming a nuclear power has them all atwitter and, as always, the Bush administration is the target of their criticism.


For one thing, most leftists don’t seem to really care about national security. They seem to suffer under the delusion that their way of life is inviolate, except perhaps for the encroachments of the “Christian Right.” This would explain why they oppose virtually every military effort on the part of the United States. The only time they reference matters of national security is when it provides fodder for yet another anti-Bush talking point.

For another, since when did most of those on the Left take any raving dictator seriously? Mahmoud is a potential Hitler with nukes, but, as was the case in World War II, the antiwar isolationists don’t want to hear about it. That the elimination of Jews is the shared cornerstone of Hitler’s and Ahmadinejad’s expansive ambitions rarely factors into the equation. Whereas Hitler wanted to rid Europe of Jews, Ahmadinejad wants to rid Israel of Jews. But that’s just a minor point, apparently.

Were the U.S. to actually propose taking military action against Iran, the Left would be up in arms (figuratively speaking, of course). Similarly, were Israel to prove its mettle by once again saving the world from Muslim dictators with nuclear ambitions, as it did in 1981 with Iraq, hard-core leftists would only step up their calls for the Jewish state’s destruction. Come to think of it, they have a lot in common with Ahmadinejad in that regard.

Perhaps the most troubling thing about all of this is the lack of acknowledgment by leftists that the very methods they espouse for solving such international problems are, in fact, currently being employed. And they’re failing miserably.

The UN, mankind’s savior according to the internationalists, is taking its time-honored and oft-failed approach to Iran – dithering diplomacy, meaningless treaties, and pretending that dictators and terrorist states can be trusted. Despite the Left’s caterwauling, the Bush administration is actually on board for the charade. Far from the dreaded “unilateralism” he supposedly employed in Iraq (if thirty allies counts), the president has been tirelessly multilateral in his approach to Iran. The results or lack thereof are painfully obvious.

So how do leftists justify its unceasing devotion to the UN and to defunct means of solving international aggression? They don’t. That would require logic and too many leftists inhabit a logic-free zone these days.

Before Iran became the Left’s crisis du jour, North Korea was the favored talking point. Again, leftists decried Bush’s unilateralism and longed for the days of Jimmy Carter and Bill Clinton, when ignored treaties and U.S.-provided uranium were the order of the day. Come to think of it, that’s exactly how we arrived at the conundrum we face today.

Once the Bush administration changed course and went multilateral with North Korea, the Left simply stopped talking about it. That the tactics they favored still aren’t working is a moot point. While China has paid some lip service to keeping its communist cousin under control, it is hardly a trusted ally. North Korea has toned down its bellicose press releases for the moment, but like all problems put off until a later date, Kim Jong-Il is sure to rear his ugly head again in the future.

Of course, to our friends on the Left both Iran and North Korea are simply convenient vehicles to detract – and distract – from the war in Iraq. “Look,” they cry, “something bad is happening somewhere else in the world!” Those of us who engage reality know that bad things are (and always will be) happening somewhere in the world. But we also know that has little or no bearing on why the U.S. should be in Iraq. 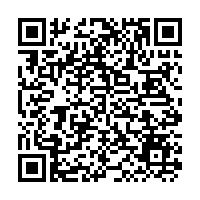