(This letter to the editor was published in The Hill on Feb. 11, 2016)
Josh Ruebner offers to give Sen. Tom Cotton a geography lesson because the Arkansas Republican opposes discriminatory labeling of imports from Israeli settlements (“The West Bank and Gaza Strip are not Israel, Sen. Cotton,” February 8). It’s Ruebner who needs a vocabulary lesson.

Ruebner notes that “in 1967, the United States played a seminal role in getting the United Nations to adopt Security Council Resolution 242, calling on Israel to withdraw ‘from territories occupied’ in that year’s war, which include the West Bank and Gaza Strip.” Resolution 242 does more than call on Israel to withdraw from some but not necessarily all territories it won in self-defense in 1967. It calls for “secure and recognized boundaries,” which Israel’s pre-’67 armistice lines with Jordan on the West Bank and Egypt in the Gaza Strip manifestly were not. Israeli withdrawal, whatever its degree,is envisioned as the result of successful negotiations deciding the disposition of the territories, not something required prior.


Meanwhile, the resolution’s co-author, U.S. Undersecretary of State Eugene Rostow, noted Jews as well as Arabs have claims in the territories. As for “the illegality of Israeli settlements,” as Ruebner puts it, the League of Nations Palestine Mandate, Article 6, calls for “close Jewish settlement” on the land west of the Jordan River. The mandate, including Article 6, is upheld by the U.N. Charter, Chapter XII, Article 80. The United States long ago endorsed Great Britain’s exercise of mandatory powers, including Article 6 (Anglo-American Convention, 1924). Claims to the contrary, whether made by Ruebner, U.N. Secretary General Ban Ki-moon, or even U.S. administrations may be propagandistic, diplomatic, or political, but not legal.

Ruebner charges Senate passage of Cotton’s bill would undermine U.S. support for an Israeli-Palestinian two-state solution. What has really sabotaged efforts in that direction has been repeated Palestinian rejection of U.S. and Israeli offers of a West Bank and Gaza Strip “Palestine,” with its capital in eastern Jerusalem, in exchange for peace with Israel. Palestinian leaders said “no!” in 2000, 2001 and 2008, with a further rejection of Secretary of State John Kerry’s “framework” proposal to resume talks in 2014.

Ruebner portrays the administration’s directive to prohibit labeling settlement imports “made in Israel” to be business as usual. But as many have pointed out, the United States has no similar prohibition on imports from Chinese-occupied Tibet, Pakistani-Indian disputed Kashmir, Armenian-occupied Nagorno-Karabakh, among other disputed territories.

The opinion writer tosses out threadbare anti-Israeli smears including “apartheid policies,” “brutal military occupation” and “ongoing dispossession of Palestinians.” Such slogans telegraph bad faith. Israel’s Arab minority enjoys the same rights as its Jewish majority. Israel’s partial blockade of the Gaza Strip (ruled by the terrorist Hamas) and limited military presence in the West Bank (under the repressive kleptocracy of the Palestinian Authority) minimize anti-Israel terrorism. They nevertheless permit more freedom among West Bank Arabs than enjoyed by the average Egyptian, for example. As for “dispossession,” 49 years after the Six-Day War, Israeli communities in Judea and Samaria—renamed the West Bank by Jordan—encompass less than five percent of the area. They are mostly on property designated as state lands under not only Israel but also Jordan, Great Britain and the Ottoman Turks. 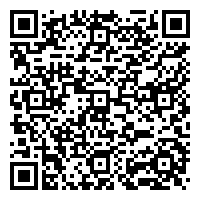