Here’s a news item you may have missed which is as revealing as it is risible.

This past Monday, a young Israeli woman named Ofir Dayan visited the Temple Mount. Moved by the experience of setting foot on the site where Jews had longed to return for 19 centuries, she burst into song, proudly offering up a rendition of “Hatikvah,” Israel’s national anthem.


But as patriotism poured forth from her vocal cords in the heart of Jerusalem, Dayan was greeted by an unpleasant and rather unwelcome surprise, when an Israeli policeman asked her to stop.

Despite the inexplicable instructions, that is exactly what Dayan did, acting in line with the officer’s directive.

And then, in a short video available on Arutz 7 which captured the rest of her interaction with the police, we are given a glimpse of the inane situation that currently prevails under Israeli sovereignty at the Jewish people’s holiest place.

Israeli security forces stand on a rooftop near the compound that houses Al-Aqsa Mosque, known to Muslims as Noble Sanctuary and to Jews as Temple Mount, following clashes on the compound in Jerusalem’s Old City, April 15, 2022. (credit: REUTERS/Ronen Zvulun)

In the clip, Dayan can be seen asking, “Which regulation did I violate?” and “Is singing ‘Hatikvah’ considered a religious ritual?” Neither of her legitimate queries warranted anything remotely resembling a compelling reply.

A second policeman then shows up and explains to Dayan that any act that the police deem to be a possible threat to public order on Temple Mount is prohibited due to the sensitivity of the localeDayan looks around quizzically, noting that there is no one in sight nor any sign of disturbance. The policeman nevertheless informs her that she is being detained, even though no apparent law was broken and Dayan had followed the first policeman’s command to the letter. She is then seen being led away.

This outrage encapsulates everything that is wrong with the current state of affairs on the Temple Mount. It presents the soon-to-be-formed new Israeli government with a clear test as to whether pre-election promises about restoring and preserving the Jewish character of the state will in fact be kept.

After all, what could possibly be more innocent – and iconic – than a patriotic young Jewess giving voice to her love of country by singing the national anthem?

One would assume that in a democratic state which upholds the exercise of free speech as a fundamental right, Dayan’s decision to hum a tune on the Temple Mount would hardly warrant police intervention. And yet, apparently, it does.

By contrast, when Muslim Arab worshipers hoist Hamas flags on the Mount and lustily chant “With blood and with spirit we shall redeem you, O Palestine!” the police fail to take action.

This absurd state of affairs, where Jews are openly discriminated against in Israel’s capital, is the result of years of government apathy of both the Left and the Right, and it is time for this to change.

Jewish visits to the Mount are limited to just four hours a day, five days a week. No similar restrictions apply to Muslims.

Jews cannot ascend the Mount on their Sabbath. Muslims can.

Jews are heavily discouraged from praying on the Mount, and there have been cases in which the police detained Israelis for saying a blessing before drinking water or reciting “Shema Yisrael.” Muslims, by contrast, can pray as they wish.

There is no moral, legal or philosophical justification for this prejudicial policy against Jews, which has no place in a free society.

To be fair, in recent years the government has allowed the number of Jews visiting the Mount to increase. During the High Holy Days last month, 7,130 Jews ascended the Temple Mount, including 4,673 during Sukkot. This marks an increase of 33% over the previous year. Similarly, on Election Day earlier this month, 378 Jews were permitted to visit the site, more than double the number the last time Israelis went to the ballot box.

But when compared to the tens of thousands of Muslim Arabs who attend Friday prayers on the Mount each week, these numbers pale in comparison.

Simply put, the Jewish people’s basic rights to freedom of worship and expression on the Temple Mount are being trampled underfoot in a manner unheard of anywhere else in the Western world.

The potential new coalition can change this

But the coalition yet to be formed has an opportunity to change this. As Tom Nisani, director of the Beyadenu activist group, recently pointed out, over half of the members of the new coalition government have themselves visited the Temple Mount, so they know firsthand about the intolerable situation that exists there.

It is imperative for the new government to move quickly to correct the steady erosion of Jewish rights on the Mount and find a way to enable those Jews who wish to pray there to be able to do so, while of course safeguarding freedom of access for all.

Denying Jews their elementary right to commune with their Creator on the Temple Mount for fear of offending others is nothing less than a stain on Israel’s democracy. And the sooner it is removed, the better. 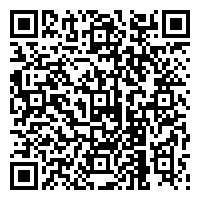