On Sunday night, Religious Zionism Chairman MK Bezalel Smotrich tweeted: “It is inconceivable that every time we don’t stand at attention in response to Likud’s demands, there are those who turn us into the enemy, incite against us and smear us. Religious Zionism is a full partner of the National Camp (the ideological one, not Gantz’s latest party name – DI) and Likud. We will insist on our demands to ensure the establishment of a good and stable government as quickly as possible that would do good and lead a true right-wing policy.”

Smotrich was not responding to the attacks from the left, which have become so shrill since his stunning November 1 victory that made the national religious alliance with Itamar ben Gvir the third-largest Knesset faction. He was talking about the Netanyahu war machine––some have called it a road crusher––that employs dozens of enlisted right-wing commentators on all the TV and radio channels, most prominently those affiliated with the right, as well as on YouTube and the social networks. It’s the same kind of pressure the right-wing opposition applied to Yamina MKs Idit Silman and Nir Orbach that resulted in their desertion and the collapse of the Bennett-Lapid government.


With one crucial exception. In the past, when Netanyahu was facing a right-wing leader he wanted to bring down to size, such as Naftali Bennett or Ayelet Shaked, he sent his people to Rabbi Haim Drukman, 90, the Rosh Yeshiva of Ohr Etzion Yeshiva, and head of the Center for Bnei Akiva Yeshivot and the elder rabbi of the knitted yarmulke community, and talk him into leaning on the straying politicians.

Not this time. I spoke last night with a close aide to Bezalel Smotrich who reassured me the rabbis of the national religious sector are even more adamant than Smotrich about his obligation to take over the country’s defense apparatus. They, too, see this once-in-a-lifetime opportunity to “change the disc,” and return the delusional, progressive, social-reform-minded leadership of the army to the job for which we hired them: win wars.

A dear man I had the honor of knowing before his passing in 2005, TV director and drive time shock jock (on Fridays) Adir Zik z’l, talked a lot about the “screwed up chip of the national religious community.” How this substantial sector of Israeli society, who combined Torah study with military service, worked hard, paid taxes, and settled the liberated territories against the will of every government since God had given us this unbelievable gift in six days––remained the whipping boy of one secular politician after another, from Peres and Rabin to Begin, Shamir, and Sharon, (and by extension Olmert, Barak, and Netanyahu).

For decades, argued Adir Zik, the national religious would bow their heads to the anti-settlement coalition that included everyone from the Shomer Hatzair Kibutzniks to the most fanatic Haredim, whose stance clearly stemmed not only from fear of upsetting the world and “setting fire to the Middle East,” but also from their overt or covert post-Zionism.

Like a shark, which suffocates if it stops swimming (I looked it up, it’s a thing), Zionism, too, suffocates without constant forward motion, not necessarily through conquest, but through a daily engagement in developing and thriving in our forefathers’ promised land.

The left in Israel has not only given up the Zionist enterprise altogether but is actively engaged in reversing its accomplishments, striving instead for a state where one’s most self-indulgent hedonism is cherished and enshrined. This social and political narcissism may work for Western democracies (actually, we see that it’s not), but the Jewish nation is an anomaly, and when it starts engaging in debates about whether to fund sex-change operations for soldiers or force men and women into the same combat units, or any other bizarre adventure the army has been pursuing in the past 20 years while actively suppressing the Zionist settlement enterprise – this Jewish nation will fall, God forbid.

Half a million of us––way more than the sum total of Jews in the liberated territories––have voted for Smotrich and Ben Gvir because we desperately want to reverse the progressive clock that controls every aspect of our Jewish State. We want the old regime to become a thing of the past, like the “historic Labor party,” or the “historic Meretz party.”

In this context, Benjamin Netanyahu is more likely to side with the old regime than he is with the movement of renewal Zionism, which is why, while his party represents half of the coalition, he must be forced, kicking and screaming, to keep the right-wing course. And, by the way, at least half of Netanyahu’s own party’s MKs believe in revitalizing Zionism as the members of Religious Zionism/Otzma Yehudit are; and as are some in Aryeh Deri’s Shas. The Ashkenazi Haredim might be a problem in this context, but even they support the draft for Haredi youths, but not the out-of-control kind, and UTJ chairman MK Yitzhak Goldknopf’s statement yesterday to the family of Tamir Avichai hy”d, that expanding Jewish settlement is the appropriate response to terror, could have come out of the mouths of Gush Emunim, and indicates a shift, be it pragmatic or ideological.

This is nothing short of a potential revolution in my view, and to this end, I would applaud Smotrich if he decided, in the end, to say, Thanks but no thanks, to a lesser offer from Netanyahu and opt to sit in the opposition. He’s done it once before when his insistence that Ra’am––an Arab, anti-Zionist offshoot of the Muslim Brotherhood––not be included in a Netanyahu coalition even if it meant not having a coalition government.

Netanyahu knows that, and in my opinion––take it for whatever it’s worth––since he aims to be the prime minister while his criminal trial is going on, he will blink first. He will hate every minute of it, find countless ways of making Smotrich’s and Ben Gvir’s lives a living hell, and his dogs will bark and leak embarrassing stuff about them to the press day and night, but that’s par for the course.

Keep doing what you’re doing, Bezalel and Itamar – we are proud to be your voters. 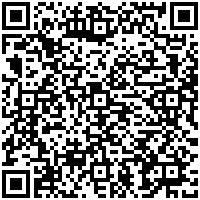