As Joe Biden’s inauguration and entry into the White House near, speculation grows over the nature of the “peace process negotiations” the United States will choose to conduct between Israel and the Palestinians. However, after examining Palestinians’ comments and attitudes, it is not at all clear whether they even desire a new process. Perhaps they prefer to retain the current process – the status quo – and do not wish to change anything about it. For example, the Palestinian Authority has expressed interest in an international conference under the guardianship of the “Quartet” – the UN, United States, European Union, and Russia. No longer would the United States lead the talks as in the days of President Barack Obama and Secretary of State Kerry; the negotiations would be conducted by an amorphous international entity without leadership or agenda. In other words: no process, no framework, and no agreement. The United States would be only one member of the Quartet with a diminished international status as a world power.

Sources suggest that this was precisely the crux of the disagreements during the recent meeting of Palestinian Authority Chairman Mahmoud Abbas with President Sisi in Cairo. Sisi rejected the Palestinian suggestions and made it clear to Abbas that Egypt would not support any change of existing signed agreements and the processes. Egypt wants the United States to lead the peace process alone.

It is likely that Biden is well-acquainted with the reasons that led to the failure of the Kerry and Obama efforts. Mahmoud Abbas’ stubbornness and perhaps the experience of his evasive tactics may lead the U.S. Administration to delay the resumption of negotiations with Israel at this time.

The dialogue with Hamas was considered essential in order to connect Gaza and the West Bank to establish a future Palestinian state that controls its entire territory, and an election process would restore the legitimacy of the Palestinian negotiators.

So why did the PA-Hamas negotiations fail? After attempts to bridge the differences, the PA leaders in Ramallah were resolute that the elections would only be held in the West Bank.

Thus, a priori, there is no legitimacy for a Palestinian state that does not control half of its territory. Perhaps, it is better to leave the Palestinian issue for now – better for them and maybe better for everyone.

(Pinhas Inbari is a veteran Arab affairs correspondent who formerly reported for Israel Radio and Al Hamishmar newspaper, and currently serves as an analyst for the Jerusalem Center for Public Affairs) 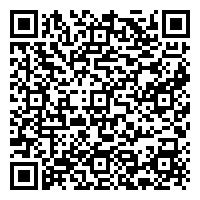