Prime Minister Benjamin Netanyahu on Monday evening spoke by telephone with Russian President Vladimir Putin and conveyed holiday greetings to him and to the citizens of Russia on the occasion of Novy God, the Russian name for New Year. According to a press release issued by the PM’s office, the two leaders discussed the situation in Syria, developments in the region, and the actions necessary to increase stability.

Those friendly exchanges came against the background of a growing dispute between Russia and Israel over the latter’s regional policy. Last Friday, Maria Zakharova, the spokeswoman for the Russian Foreign Ministry said in a statement that she was baffled by Israel’s reaction to an interview to the Jerusalem Post given earlier in December by Russian Ambassador Anatoly Viktorov.


“The problem in the region is not Iranian activities,” Viktorov told the Jerusalem Post, “It’s a lack of understanding between countries and non-compliance with UN resolutions in the Israel-Arab and Israel-Palestinian conflict.”

Viktorov also denied the fact that Iran is threatening Israel using its Hezbollah proxy, saying: “Israel is attacking Hezbollah; Hezbollah is not attacking Israel,” and accused Israel of lying about the terror tunnels Hezbollah had dug across its border with Lebanon.

Needless to say, Israel’s Foreign Ministry reprimanded Ambassador Viktorov, and Foreign Minister Gabi Ashkenazi said, “I think it was made clear beyond all doubt that Israel does not accept these statements, and thus I hope we will bring an end to such embarrassing and unacceptable statements between us and Russia, and in general.”

Russian spokeswoman Zakharova said in response last Friday: “We are confused by the overly sensitive reaction to the issues touched upon in the interview of our ambassadors to Israel. The position presented in it has been repeatedly communicated to Israeli colleagues on various levels. All statements by the Russian ambassador quoted in the publication are in line with Russia’s well-known position on the Middle East.”

Zakharova insisted that Russia has always believed that the “issue of Palestine” is central for ensuring peace in the Middle East because without settling it, it would be impossible to ensure “a long-lasting and steady stabilization in the region.”

In short, the exact opposite of what is being shown and done by a growing number of Arab states in the region, namely that they have no problem whatsoever reaching stability with Israel, never mind that “issue of Palestine.” And they’re so ready to opt for normalization with Israel because of Iran and its multiple proxy terrorist militias such as Hezbollah.

Finally, President Putin also sent a letter to Prime Minister Netanyahu on the occasion of the new year 2021, saying: “Dear Mr. Prime Minister, please accept my heartfelt congratulations on the upcoming New Year. We attach much significance to friendly relations with Israel. We look forward to extending our joint work next year to build up the entire range of bilateral ties, as well as interaction in addressing urgent issues of the regional and global agenda. This will surely meet the core interests of our peoples and comply with the security and stability needs in the Middle East. I sincerely wish you and your loved ones good health, well-being and every success, just as peace and prosperity to all citizens of Israel.”

Or, as the old adage goes, when the bear hugs you, just shut your eyes and wait for it to be over. 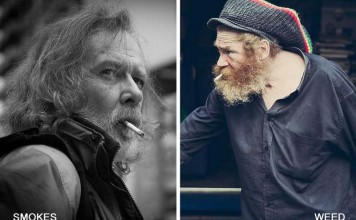 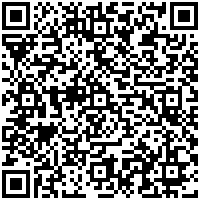