{Reposted from the Israel Hayom site}}

After Georgia’s runoff election and the victory of the leftist Reverend Raphael Warnock over Sen. Kelly Loeffler, Democrats and leftists immediately called for radical legislative action to ram through the entire agenda of Democrat Joe Biden, ending the filibuster, packing the courts, and adding new states such as Washington DC and Puerto Rico to assure that Democrats end up with between two and four new US Senators. One might wonder with such radical action, how this will impact foreign policy, especially towards the Middle East.


Warnock with his antisemitic and outrageous statements comparing Israel to apartheid South Africa and endorsing Reverend Jeremiah Wright’s infamous “God damn America” sermon is representing the attitudes of many members of the radical left in the Democratic Party, who are against traditional America. For them, this America has historically been built on racism and has to be changed and accordingly any allies of this traditional America are also part of this racism and white supremacy or white privilege.

This might explain why most of these Democratic Party members attack countries like Israel, the United Arab Emirates, Bahrain, and Saudi Arabia for human rights issues but call for forgiveness and rapprochement towards the Iranian regime, ignoring the brutality against its own people and the tragedies perpetrated by Tehran over the past 40 years. We can liken the alliance between the radical left-wing of the Democratic Party and Islamists to that of the Iranian regime and the Muslim Brotherhood, based on a consensus against traditional or more accurately Evangelical America with all its principles and values. Therefore, if those allies were by majority leftist revolutionary resonating against traditional America, the radical left-wing of the Democratic Party would probably not utter a single word against them.

All of these attitudes and visions are reflected in the American mainstream media, which is dominated by the liberal left. The double standard is extremely obvious in this media, for instance, its coverage of protests in Iran in 2009, 2017, 2018, and 2019 was nothing like the coverage of the so-called Arab Spring. The difference was apparent in terms of content, airtime, and the number of articles and news items. Another example of media hypocrisy was recent events on Jan. 6 when the media condemned the acts of civil unrest on Capitol Hill and called protesters, who were resisting what they believe were stolen elections, ‘mobs’.

While in the summer of 2020 during the BLM protests, CNN anchor Chris Cuomo made excuses for rioters. He said on-air, “Please, show me where it says protesters are supposed to be polite and peaceful.” Liberal Vox’s German Lopez proclaimed during last summer that while “riots are destructive, dangerous, and scary,” they serve a purpose because they “can lead to serious social reforms.” So, we see that for Democrat politicians and their supportive media who the rioters are will determine how they are reported and commented on.

We will definitely see more of these double standards and hypocrisy with the radical left increasingly dominating the political and media arena in the United States, so can the Abraham Accords weather the Democratic Party’s left-wing wave?

On September 15, 2020, the Abraham Accords – named after the common patriarch of the three monotheistic Abrahamic religions –were announced, to establish peace, diplomatic and trade relations, and a normalization of bilateral ties between the State of Israel, the UAE and the Kingdom of Bahrain. Even though these agreements were politically and economically strategic, it was notable that they were branded in religious-cultural terms as the “Abraham Accords”. So, can there be an Evangelical Christian, Orthodox Jewish and moderate Muslim alliance to counter this left-wing-Islamist alliance?

The UAE initiated this idea with an announcement in 2019 that it intended to build an interfaith Abrahamic Family House including a monumental church, a mosque and a synagogue. The UAE has chosen to focus on the cultural commonality between Judaism, Christianity, and Islam, symbolized by Abraham who is revered by all three faiths. This move can be built on to counter the Islamist idea that other religions are toxic to Islam. Framing Orthodox Jews, Evangelical Christians, and moderate Muslims as part of an Abrahamic family can form a political alliance that is a more robust alternative to the long-standing narrative of Judeo-Christian and Islamic civilizations being in conflict.

The attempt to build an Abrahamic narrative may challenge not only Islamist extremists, but also the radical left who want to undermine the legitimacy of countries not aligned with their left-leaning political and intellectual visions. 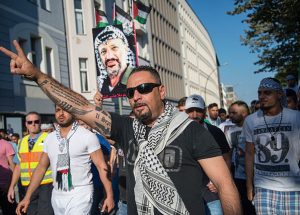 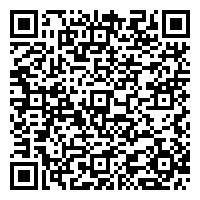