The first delivery of goods from Samaria was shipped to the United Arab Emirates on Sunday, as the region in central Israel—bordered by the Galilee to the north and Judea to the south—began to market its wine to businesspeople and non-Muslims (not bound by the Islamic prohibition of alcohol consumption) in Dubai.

The olive oil and honey in the shipment came from the Tura Winery in Rechelim and Paradise Honey in Hermesh.


Samaria Regional Council head Yossi Dagan hailed what he called “a historic day for Samaria and the entire State of Israel.”

Dagan was behind the move to sign an export deal between Samarian companies and those in Dubai. He was also the first local authority head in Israel to initiate the signing of regional agreements following the inking of the Abraham Accords between Israel and the UAE.

“We are finally bringing out the first pallets of olive oil and honey in a direct export from Samaria to the [United Arab] Emirates and, God willing, other Arab states in the future,” said Dagan.

“Samaria is becoming an economic power … Our path to a million citizens in Samaria is a construction boom, available land, new roads, education, community and the economic sphere should be at the forefront. Samaria will continue to export the world’s best produce in the world,” he added.

Tura Winery owner Vered Ben Sa’adon said it was “very exciting to be part of a big process. Tura’s wine has always brought people together, and this is another wonderful opportunity to bring peoples together. This relationship offers hope to every single person, no matter who they are, that anything is possible.”

Matan Paradise, who owns Paradise Honey, said, “We are happy to be exporting to people in Dubai, happy for the partnership, and hope there will be many more partnerships in the future.” 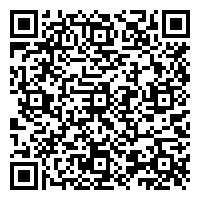