On May 2, Israelis celebrated their Independence Day. On July 4, we Americans celebrated ours.

Shared democratic values of personal freedom and liberty have created a bond between the United States and Israel that few other nations share.

America stands among the nations as the symbol of freedom and meritocratic opportunity, while Israel serves as a bastion of freedom on the very frontier of autocracy and tyranny.

While the citizens of both nations enjoy peace and prosperity, many of our brethren do not. Take, for example, the one million or so Jews still living in the former Soviet Union (FSU). Thousands upon thousands of these Jews live in deplorably impoverished conditions, teetering on the edge of survival.

As described by Don Horwitz, executive director of Christians Care International (CCI), the only global Christian ministry providing direct support services to impoverished Jews of the FSU, “Endemic anti-Semitism and persecution have trapped thousands of vulnerable Jews in inescapable poverty and hopelessness.”

Horowitz, who recently spent time in Ukraine with CCI, tending to the urgent needs of vulnerable Jews there, added: “It is heart wrenching to visit Holocaust survivors in the former Soviet Union living alone, unable to afford the food and medicines they need to survive.”

For these Jews, there is no Independence Day.

Religious persecution is not confined to the world’s Jews. Increasingly, Christians are victimized by those who hate them for their religious beliefs.

In fact, according to the Center of Studies on New Religions, Christians were the most persecuted group across the globe last year. The report determined that 90,000 Christians were killed because of their religion in 2016, falling victim to attacks and killings across the Middle East, Africa, and Asia.

The study stated that as many as 600 million Christians were prevented from even practicing their faith. For these Christians, there is no Independence Day.

As free Christians and Jews in the United States and Israel celebrate our liberties, we must ensure that we stand together with our co-religionists in the face of anti-Semitism, persecution, and religious violence.

Today, millions of Christians stand by Israel, driven by their belief that God gave the land to the Jewish people. Some in the Jewish community reject this support as self-interested and apocalyptic. This is a wrong-headed and foolish approach.

Rather, the Jewish people and Israel must welcome the support of our Christian friends for the Jewish state, because six million Jews cannot stand in the desert alone.

And free Jews must return the favor by speaking out vocally and acting boldly to call out and defeat persecution and violence against Christians. Just as Jewish Americans marched for civil rights in America, so too must we march for religious rights for Christians.

Whether we are Israeli or American, let us give thanks for the freedoms we enjoy, and work every day to free others around the world from the chains of anti-Semitism, persecution, and violence. 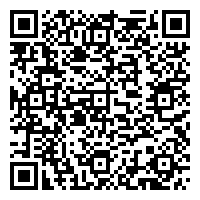