The Palestinian Authority claims that The Cave of the Machpelah, aka the Tomb of the Patriarchs, in the heart of the ancient city of Hebron, Israel, should be declared a Palestinian World Heritage Site in Danger.

Israel, the “occupying party,” so the false claim goes, is deliberately damaging the site, and urgent measures need to be taken by the international community to protect it.

Israel fought this flagrant accusation, but knowing the notorious history of antisemitic resolutions adopted by UNESCO on a routine basis, the outcome was predictable.

Just a few stark examples of anti-Israel and anti-Jewish bias in UNESCO, out of dozens of others:

– 1982: UNESCO declares the Old City of Jerusalem as a World Heritage Site “endangered” by Israel.

– 2014: UNESCO abruptly cancels an exhibit on its grounds titled “The 3,500 Year Relationship of the Jewish People and the Land of Israel”
which was sponsored together with the Simon Wiesenthal Center.

– 2016: UNESCO declares the Temple Mount, the site of the First and the Second Temples, and the adjacent Western Wall as Muslim sites,
thus effectively denying the historical millennia-long bond of the Jewish people to their holiest place on earth. 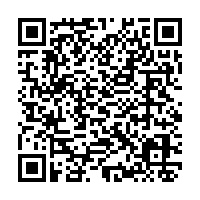