When the National Council of Young Israel holds its Gala Dinner on March 15 at Terrace on the Park in Flushing, New York, it will be an exciting multi-faceted celebration.

We will pay tribute to a host of worthy honorees, including current and former government officials, and several visionaries and activists who embody the values and core mission of the National Council of Young Israel. Our esteemed honorees have contributed to both the security of Israel and the enhancement of Judaism, and some have helped improve their shuls and communities in significant ways.


We will have the opportunity to hear from speakers such as former White House communications director Anthony Scaramucci, a staunch supporter of the Jewish state who visited Israel in November 2017.

One of the other featured guest speakers is Congressman Ron DeSantis of Florida, chairman of the National Security Subcommittee and a member of the Foreign Affairs and Judiciary Committees who has been a strong advocate for the relocation of the American Embassy in Israel to Jerusalem. We will also hear from Stuart Force, the father of Taylor Force, whose tragic death led to the landmark legislative effort to defund the Palestinian Authority until it publicly denounces terrorism, works to end violent terrorist acts, and terminates the abhorrent practice of giving stipends for terrorists.

Another big component of the celebration will be the opportunity to mark seventy years of Israeli statehood and laud the recognition by the United States of Jerusalem as Israel’s eternal capital.

The recognition of Jerusalem is an issue that the National Council of Young Israel has actively supported from its infancy and we are proud of our advocacy efforts that resulted in the president’s pronouncement. In advance of that announcement, we were the only Jewish organization to spearhead a coordinated call-in campaign to the White House to support Jerusalem’s recognition.

Acknowledging the heroism of our brethren in Israel and recognizing the central role that the Jewish state and its capital Jerusalem plays in our lives is incredibly important and the opportunity to do so in a communal setting is special.

The Gala Dinner will also enable us to celebrate the entity that is the National Council of Young Israel and the approximately 25,000 member families and over 100 branch synagogues that comprise the organization. It has been a pleasure and privilege for me to get a first-hand look at the impact that the National Council of Young Israel has had, and continues to have, on American Jewry and the State of Israel.

Throughout the past 106 years, the National Council of Young Israel has been at the forefront of numerous important issues for our member shuls and for the Jewish people as a whole. We embrace Jewish communal needs and often take a leading role in tackling the important issues that face the broader Jewish community. We proudly provide an array of religious, educational, Zionistic, social, and communal programming for our member synagogues and their affiliated families.

Our Division of Rabbinic Services provides invaluable assistance to shuls with rabbinic searches and rabbinic contracts, in addition to organizing biweekly calls with Rabbi Mordechai Willig, longtime spiritual leader of the Young Israel of Riverdale, which provide a unique forum in which pulpit rabbis from across the U.S. can discuss and share best practices. Further, our branch synagogues regularly receive pertinent and vital information from our Division of Rabbinic Services, including weekly divrei Torah.

In the wake of Hurricane Harvey, the National Council of Young Israel raised over $100,000 to help members of Houston’s Jewish community whose homes and synagogues were devastated by the storm, and our executive director, Rabbi Marc Volk, traveled to Texas to stand together with the community as it began the long and arduous task of rebuilding.

We are involved in an anti-BDS initiative aimed at helping Jewish and other pro-Israel students on college campuses who are constantly faced with a barrage of criticism directed at Israel. We are a primary sponsor of the annual Israel Day Concert in Central Park; now in its 25th year, the concert, which draws approximately 20,000 people, highlights many key issues pertaining to Israel.

The National Council of Young Israel prepared and made available to its branch synagogues a High Holiday booklet that explains the prayer services for our members who are in the beginning stages of learning more about Judaism and which included more advanced articles on the tefillot for our more learned members. Each week we provide our shuls with “Parsha Nation,” which endeavors to ensure that our young people can simultaneously learn and have a good time on Shabbat morning. Shuls in the Young Israel network can take advantage of the opportunity to hear from unique and compelling speakers in conjunction with our Young Israel Speakers Bureau.

Whether it is the National Council of Young Israel’s advocacy on important regional and global issues impacting the Jewish community and Israel, the multitude of programs and services that it offers to its branch synagogues, or perhaps a combination of both, there is much to celebrate at our upcoming Gala Dinner. 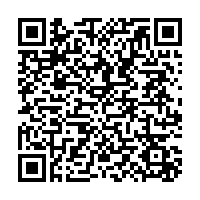