Taking Advantage of the looming coalition crisis over the Haredi draft, Yesh Atid Chairman MK Yair Lapid showed up for a photo-op at the central train station in Tel Aviv, accompanied by what appeared to be a patriotic Haredi man holding up a sign that said (roughly): “If you have faith, you don’t dodge the draft.”

But it soon became evident that the Haredi man, one Dave Mandelshtam, from Netanya, is not Haredi at all, at least judging by his Facebook pictures with his wife. Seeing as Israelis had celebrated the holiday of Purim only three days earlier (two in Jerusalem), there was no harm in Mandelshtam’s stunt by itself, pretending to be a pro-Army Haredi (there are plenty of them). What was annoying – to many Haredim – was the perception that Lapid was pulling a fast one on the media.

“Yesh Atid activists went to the train stations today to support the IDF soldiers and say – Stop the draft dodging law! Stop the dodging law and return to the equal share of the burden,” Lapid concluded.

Standing next to the bearded young man with the black velvet yarmulke and his patriotic sign lent an extra measure of authenticity to Lapid’s message: it’s so fundamental, even this Haredi man agrees. And that is why Kikar Hashabbat called the incident “The Incitement Show,” and Hadrei Haredim declared that Lapid “Lives Off Incitement and Division!”

Eventually, Yesh Atid issued a clarification saying, “After examination, it turned out that the young man is an activist of Yesh Atid, who disguised himself as a Haredi to protest against the draft dodging law.” 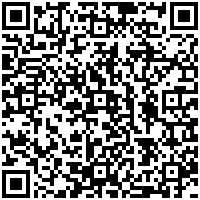