Since seizing power in a violent coup in Gaza in 2007, Hamas has fought four major armed conflicts with Israel, and many smaller ones.

The frequency of these conflicts and the amount of time it took for Israeli deterrence to erode between the rounds of fighting indicate consistent challenges to Israel’s attempts to contain Hamas in Gaza and keep the Gazan arena relatively stable.


This stands in stark contrast to the Lebanese arena, which has remained largely stable since the 2006 Second Lebanon War (though it presents its own growing challenges to long-term containment approaches).

There is no alternative ruling regime in sight for Gaza, and the Israeli defense establishment views any notion of a near-term Palestinian Authority ruling presence in the Strip as unrealistic.

Israel is determined not to return to ruling over some two million hostile Gazans and being responsible for their daily needs, so the default approach of containing Hamas without toppling it is the option Israel has turned to since 2007. This was also true of the 11-day conflict that erupted in May, dubbed by Israel Operation Guardian of the Walls.

In recent years, Gaza has swung like a pendulum between escalations and attempts to reach longer-term mediated understandings between Israel and Hamas.

Intermediaries such as Egypt, the UN, and others have attempted to help negotiate more stable understandings, but so far, all such efforts have failed.

Even now, Israeli defense sources warn that another escalation could be imminent, so soon after the guns went quiet in May. The head of Hamas’s political bureau in Gaza, Yahya Sinwar, is messaging Israel that his patience is running out due to failed mediated talks over post-conflict arrangements. Israeli PM Naftali Bennet has vowed a new zero-tolerance approach to the kinds of “pressure tactics” Hamas used in the past to get Israel to agree to its demands, such as arson, explosive balloons, and rocket fire.

Ultimately, Hamas’s actions after the latest clash appear to suggest that it will always prioritize its radical ideological and political objectives over pragmatic considerations whenever those two factors come into conflict.

While Hamas is open to temporarily exploring tactical breaks to give Gazan civilians breathing room and its own military wing an opportunity to rearm and “build back better,” if it identifies an opportunity to promote its long-term radical ideological objectives or improve its political situation, that will take precedence over pragmatic realpolitik.

When Hamas fired seven rockets at Jerusalem and southern Israel on May 10, it did so because it spotted a golden opportunity to outmaneuver its rival, the Fatah-run Palestinian Authority, and market itself as the authentic defender of Jerusalem and the Al-Aqsa Mosque. But it also did so because its force build-up program had reached new milestones, and Hamas’s diverse arsenal of rockets made its leadership confident and prepared to take risks.

All the risks Hamas took in recent weeks were designed to serve a wider strategic objective: the eventual takeover by Hamas of the West Bank. This goal is driven by Hamas’s ideological determination to surround Israel with rocket bases and terror squads from two sides and stamp out competition from non-Islamist Palestinian rivals in the process.

Prior to the May conflict, the IDF’s Southern Command had been pursuing a strategic triangle made up of three key goals: boosting Israel’s readiness for war, waging a campaign to disrupt Hamas’s force build-up, and launching an ongoing humanitarian-economic improvement effort in Gaza.

The goal of preventing Hamas rearmament has grown significantly more important for Israel following the May conflict. This is based on the understanding that a well-armed Hamas is an overconfident Hamas, one that is prepared to take new kinds of risks.

Past attempts to create long-term stability were based on the idea of enabling Gaza to develop its economy and society—something Israel views as aligned with its own security interests, so long as it does not boost Hamas’s military wing in the process.

Yet these efforts have largely failed to lead to stability, as have efforts at securing the release of Israeli MIAs and civilians held by Hamas via a prisoner swap deal.

The question of whether a formula for a long-term arrangement is simply too elusive to be reached remains open. Events since 2007 strongly suggest that the answer is in the affirmative.

In fact, the May escalation casts into doubt the notion that Hamas’s top priority has been to improve Gaza’s economic and civilian-humanitarian situation at all.

Sinwar is prepared to advance Gaza’s civilian-economic interests only when doing so does not interfere with Hamas’s ideological objective of setting up and expanding an Islamist armed fortress.

Sinwar and the commander of Hamas’s military wing, Muhammad Deif, seem all too eager to integrate their Gazan army into the Iranian “ring of fire” club of proxies with which the Islamic Republic is patiently trying to surround Israel.

Hamas did not hesitate to risk war last month to promote its ideological maneuverings over the interests of the Gazan people, dragging them into another conflict and causing them much suffering.

When examining Hamas’s so-called identity crisis, a question that often presents itself is how the Islamist terror movement views itself. Is it as a civilian-political regime, a terror army, a national-pragmatic movement, or a fundamentalist radical Islamist force?

The latest events seem to push toward the conclusion that Hamas sees itself first and foremost as a revolutionary Islamist force. Its top priority is to use its control of Gaza to build an army, and then to expand its control to the West Bank by toppling or taking over the Palestinian Authority.

In the past, Hamas’s efforts to reach understandings with Israel were challenged by Palestinian Islamic Jihad, raising the question of whether Hamas could one day become an “enforcer of calm” despite its destructive ideology. Such ideas lack much supporting evidence following Operation Guardian of the Walls.

The high cost in blood and treasure of a full ground offensive into Gaza to fundamentally alter this troubling strategic reality has deterred successive Israeli governments from ordering this option.

This also means the idea of a clear victory has stopped being relevant when it comes to Israel’s military dealings with Hamas.

Israel is fighting a non-state military organization that is sufficiently decentralized to be able to fire rockets until the last day of a conflict, no matter how effective IAF strikes and Israeli intelligence may be.

Yet it may be premature to write off a clear victory in the future.

As part of its ongoing arms race with terror armies, the IDF is working on a new technological capability that involves intercepting rockets at their ascent stage—thereby eliminating, in most cases, warning sirens in Israeli cities— and using a large network of missiles and sensors to fire on all enemy launchers within 15 seconds of their attack on Israel.

If successful, such a technological leap forward could theoretically remove the only major weapon left in the hands of Hamas at this time, which is its diverse rocket arsenal, built with Iranian know-how, funding, and training.

In the more short-term future, however, the clouds of conflict with Hamas are once again looming.

Israel is not prepared to go back to the previous reality that took hold after the 2014 Gaza war. During those years, enough cement and metal to build 20 Burj Khalifa-sized skyscrapers entered Gaza for the purpose of reconstruction, but ended up underground in the form of the “Metro” combat tunnel system.

Israel’s insistence on changing the rules of the game is placing Hamas in a corner. Israel is insisting that new inspection capabilities be installed in Gaza by those who wish to help it recover. That would mean Hamas can no longer receive metal pipes for sewage and use them to build rocket engines, or take resources intended for schools and hospitals and divert them to its military wing. It also means Gaza’s economy cannot receive large-scale investment programs until Hamas releases two Israeli civilian captives and the remains of two MIA soldiers (although hundreds of trucks carrying humanitarian aid and basic goods continue to cross into Gaza every day).

At the end of the day, Israel’s interest clearly lies in conflict avoidance, but the dynamics on the ground do not suggest that long-term stability is on the horizon for Gaza at this time.

If Israel allows cement to pour into Gaza freely, new combat tunnels will be under construction in no time. If it prevents the entry of the cement, Hamas will likely escalate the security situation.

These daily post-conflict dilemmas are the reality Israeli decision makers must face as they seek to identify and pursue the “least-worst” options when it comes to the grim affairs of a Hamas-ruled Gaza. 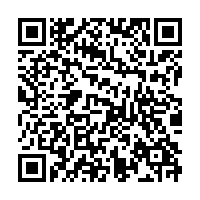