We have all become accustomed to the wonderful holiday of Chanukah but when you think about it, it really doesn’t make a lot of sense. What exactly are we celebrating? An amazing defeat of our enemy? Not really… the war was far from over! The miracle of Chanukah took place in the year 3597 but the battles vs the Greeks continued until 3621 – 24 years later! Who celebrates before the war is over? So maybe we are celebrating the miracle of the oil? Really? There’s not one word of the whole “one day became eight day” oil miracle in the Al Ha’Nissim prayer. If that is what we are celebrating, shouldn’t it receive some kind of honorable mention? Maybe we are celebrating the fact that the Bet Ha’Mikdash was saved from destruction? That could be, but if so, we should have stopped Chanukah 231 years later when the Bet Ha’Mikdash was destroyed! After all, according to most opinions, Tisha B’av was not kept as a fast day during the time of the second Bet Ha’Mikdash – since it was rebuilt – so shouldn’t it work in reverse? Think about it; if we stopped the mourning when the Bet Ha’Mikdash was rebuilt shouldn’t we stop the celebrating when it was destroyed?

I believe the answer lies in the first paragraph of the Rambam’s Hilchot Chanukah. The great Rambam tells us exactly what happened. He starts off describing the horrible decrees the Greeks imposed on the Jewish people and how they violated our Mikdash and our daughters. He then writes how Hashem had mercy on us and saved us through the hands of the Hashmonaim and then ends that first paragraph with, what I believe, is the reason why we have kept Chanukah to this very day: “And they (the Hashmonaim) appointed a King from the Kohanim and the Kingdom of Israel was restored for 200 years until the destruction.”

This statement by the Rambam is nothing short of incredible. The Hashmonaim were indeed Kohanim and everyone knows that Kohanim are very important to the Jewish people but they are not eligible to be kings! The kingdom is in the hands of the tribe of Yehuda and Kohanim are from the tribe of Levi… so why was the Rambam so excited that a Kohen became the king? That was not allowed!! Furthermore, the Rambam writes that the kingdom was restored for 200 years? While this was true on paper, what kind of kings did we have? Most of them were certainly not tzaddikim! Let me give you a quick history lesson: (summarized from “Crash Course in Jewish History” by Rabbi Ken Spiro pages 159-161)

The first king of the Hashmonaim dynasty was Shimon Ha’Macabee. He knew that a Kohen could not become king so although he took the position, he called himself “Nasi”. This sounds very nice but it didn’t work with his descendants. The next ruler was his son Johanan Hyrcanus (his Greek name was a clear sign of things to come) and he forcibly converted goyim to become Jews. This terrible act brought our people major problems later on. After that, his son Judah Aristobulus became ruler and he in fact called himself “king”. He persecuted Rabbonim and their students and executed hundreds of religious Jews. After him came his brother, Alexander Yannai who executed thousands – not just hundreds – and actually had a grand feast during the executions! After he died (not soon enough, however) his wife, Shlomtzion Ha’malka, took over for nine years and there was a bit of quiet. Her brother, the famous Shimon ben Shetach was the leading Rav at the time and he helped restore peace between our people. The final two rulers of the Hashmonaim were the sons of Shlomtzion Ha’malka named Hyrcanus and Aristablus, both of whom Hellenized Jews. After them came the Romans and the rest is history.

In the words of Rabbi Spiro, (page 161 in the book quoted above) “The history of the Hasmonaim Dynasty is a tragic case of a great family starting off illustriously and ending disastrously, in the process bring the Jewish people to ruin.”

OK, now that you know that bit of history, allow me to ask my question again: Why was the Rambam so excited that the “Kingdom of Israel was restored for 200 years” when, aside from the ones who began it all, it was full of evil people who killed thousands of Jews – including hundreds of great Rabbis – and who brought the Romans into the country, who eventually destroyed the Bet Ha’Mikdash??? For that we spin dreidels and say Hallel?

The answer is yes! Of course we would have all liked the story to end; and the Jewish people lived happily ever after… but the fact that it didn’t, does not detract from what happened. The real, unbelievable miracle – stated clearly by the Rambam – is that the Kingdom was restored! Jewish leadership was back and the Nation of Israel arose, once again, from the ashes. No longer were we under the control of the goyim… we had achieved independence! We were free to set up a Jewish society, a Jewish army, a Jewish court system and serve Hashem in the Bet Ha’Mikdash. The fact that it ended so poorly does not change the fact that Hashem gave us the tools to build the proper Jewish State! True, we messed up and those tools ended up in the hands of people who were Jewish Greeks but the facts remain; the Nation of Israel was free and that is something we don’t take lightly! It is so important that we have been celebrating it for the last 2,179 years!

The lesson for today is crystal clear. 68 years ago Hashem gave us a new Chanukah. True, we still haven’t found the oil but Jewish leadership was restored and as I wrote just a few lines above; “the Nation of Israel arose, once again, from the ashes. No longer were we under the control of the goyim… we had achieved independence! We were free to set up a Jewish society, a Jewish army, a Jewish court system…” and much, much more! Yes, it’s true; The modern State of Israel is today’s miracle of Chanukah.

What we need to do now is learn from the mistakes of the first Chanukah. They had all the tools, and all the potential but they failed for one reason; they had the wrong leaders! Back in those days there wasn’t much you could do about it since if you didn’t like the leadership of Aristobulus or Hyrcanus you probably ended up hanging on a pole. Today, however, we can make changes in our leadership. We don’t need to settle for what we are given – we can bring new leadership to Israel with people who are connected to our Father in Heaven and who will lead this great Nation with strength, pride and Torah values!

Allow me to end this article with the words of Yehuda Ha’Macabee. They can be found in the book “Five Glorious Brothers” by Rabbi Pinchas Stolper, pages 55-56. Yehuda Ha’Macabee spoke these words before the first battle vs the Greeks when his army – the IDF of 2,179 years ago – was about to fight an army far larger and mightier than them. Here is what he said, and with Hashem’s help, our modern leaders will give similar speeches to the IDF of today; “Do not be afraid of their great numbers, nor panic when they charge. Remember how our fathers were saved at the Red Sea, when Pharoah and his army were pursuing them. Let us cry now to Heaven to favor our cause, to remember the covenant of Torah that Hashem made with our fathers, and to crush this army before us today. Then all the Greeks will know that Hashem saves and liberates the Nation of Israel!”

May we merit having leaders like that leading the State of Israel. Happy Chanukah! 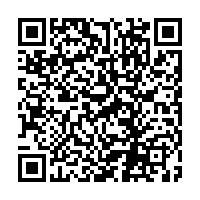