(JNi.media)
Texas A&M University is dropping its plan for a $200 million university campus in the Israeli-Arab city of Nazareth, and will launch instead a much humbler, $6 million marine research center in Haifa, on the Mediterranean coast. Nazareth has been campaigning to host Israel’s first Arab university since the 1980s, but this was the first time it was able to both find a generous American investor in the project and receive the cooperation of the Israeli government. Or so it was hoping.

And so, in the fall of 2013, Texas A&M announced its plan to build a branch dubbed “peace campus” in the Arab city of Nazareth in northern Israel. Then Texas Governor Rick Perry and Texas A&M University Chancellor John Sharp led a delegation to Israel, where they announced their intention to build the comprehensive campus at a ceremony held in the residence of then President Shimon Peres.


Sharp said in a statement back then: “We are absolutely dedicated to making this one of the finest international universities in the world and open to all.” But the plan apparently failed to both raise the needed funds and, more importantly, get the Israeli government to modify its rules regarding foreign university branches operating in the Jewish State.

And so, according to Inside Higher Ed, plans for the campus stagnated. “To some degree it’s a chicken and an egg problem,” Texas A&M’s vice provost Michael Benedik said. “Why would we be getting a major gift to open a campus when we don’t have legal permission to even do it?”

Texas A&M’s other foreign branch is in Qatar, and receives both the needed funds and the permission to operate from the government of Qatar.

About a year after the A&M announcement, Haifa University, also located in the north of Israel, stepped in and offered to provide academic sponsorship to A&M’s local partner in the project, the Nazareth Academic Institute (NAI), established in 2002, which is a small, financially starved learning institution serving mostly Arab women. Then, according to the AP, A&M decided to change its plans altogether because elected officials in Nazareth insisted on dictating the direction and aim of the new university.

So, finally, the big-dream Arab university was replaced by a small dream research center, which will open in February in collaboration with the University of Haifa. There will not be a peace university, bringing Arabs and Jews together. Instead, the new A&M venture will concentrate on the large natural gas deposits that have been discovered in the eastern Mediterranean, and, as Chancellor Sharp put it, part of the appeal for the research center in Haifa was access to the “oil and gas segment in Israel.” Work at the center will include monitoring ocean flow, to help mitigate risks associated with offshore exploration. Way to go, Texas. 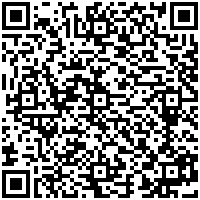