Every agunah, every victim of Get-refusal, has her own day when it all began. It is the day she embarked on her personal journey that knows no end. As the years pass, she marks that day with intense existential pain, a pain that sears her soul in ever-deepening anguish.


As is appropriate for a Jewish New Year, society should perform a “cheshbon nefesh” – an accounting of the soul. What have we done that is right and where have we erred?

In Israel, political maneuvering was responsible for many years passing with no appointments made to fill the positions of Rabbinical Court judges who rule on divorce suits (thus either resolving agunah cases or creating them).

During the past year and a half, however, thirty-two dayanim were appointed by the Commission for the Appointment of Rabbinical Court Judges – twenty-two regional court judges and all ten of the dayanim filling the High Rabbinical Court, which had been bereft of permanent dayanim.

All in all, this was a major accomplishment, despite the political horse-trading that overshadowed the entire process.

In addition, Israeli society has generally grown accustomed to the concept that engaged couples (and their parents) should act responsibly and sign a prenuptial agreement for the prevention of Get-refusal. Over the past year the number of such couples has grown, as have the number of organizations (some rabbinic) that advise couples to sign.

Although this does not “solve” the existing agunah problem, the signing of halachic prenuptial agreements have helped prevent new cases of Get-refusal from occurring.

In the United States, the Rabbinical Council of America is to be commended for passing yet another resolution requiring member rabbis to officiate at weddings only when a halachic prenup has been signed. On the other hand, there are other rabbanim who have not raised their voices in support of this simple solution that would protect all our daughters.

Moreover, this past year has been marked by dispute, disrespect, and dismissal of rabbanim who are making an honest attempt at solving actual cases of agunot. One would hope that in the coming year all of this negative energy would be directed toward finding halachic solutions to the problems of the suffering women who are refused a Get, no matter how impossible it seems at first.

We as a society need to do all we can to alleviate the suffering of agunot, but our rabbis need to acknowledge that it is first and foremost their responsibility to count the souls lost among our Orthodox people. 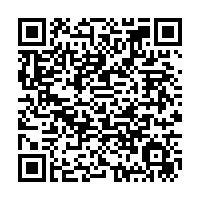