Noam Chomsky has gone off the deep end once again. This time he claims that in “most of the world” the issue of Russian interference in U.S. elections is “almost a joke.” The real villain, according to him, is, of course, Israel — as it almost always is with Chomsky. According to the world’s “top public intellectual,” Israeli intervention in U.S. elections, “vastly overwhelms anything the Russians may have done.” His proof of this absurd and false charge is that Israeli Prime Minister Benjamin Netanyahu gave a speech in front of Congress “with overwhelming applause.” Only on Planet Chomsky would it be worse for the Prime Minister of an American ally openly to accept an invitation from the Speaker of the House to address Congress about an issue of mutual concern, than for Russian agents surreptitiously to try to manipulate voters by false social media campaigns, hacking emails, and other illegal actions.

Chomsky simply fails to understand how democracy is supposed to work. Transparency and public accountability are the cornerstones of democracy. Prime Minister Netanyahu’s very public opposition to Obama’s Iran Deal — a deal opposed by most members of Congress and most Americans — was just as consistent with democracy as Winston Churchill’s public demands for the United States to help Great Britain fight the Nazis.

American presidents, as well as Israeli prime ministers, seek to influence the policies and electoral choices made by their allies. That, too, is part of democracy. The United States has pressured Israel to stop building settlements, Israel has pressured the United States to be more aggressive in preventing Iran from developing a nuclear arsenal. This, too, is part of democracy.

The American Israel Public Affairs Committee (AIPAC) is an American organization that lobbies on behalf of American support for Israel. Lobbying is as American as apple pie.

What is un-American, and what is undemocratic, is for secret agents working surreptitiously on behalf of Vladimir Putin’s Russia to commit numerous crimes, for which several of its agents have been indicted, in an effort to influence American elections without transparency or public accountability.

Chomsky is smart enough to understand this, but his willful blindness toward anything involving Israel leads him to make the kind of false comparative statement that no intellectual should ever make. Again, only on Planet Chomsky would Russia’s continuous efforts improperly to intervene in American elections would be characterized as “almost a joke.” Only on Planet Chomsky would Israel’s open, transparent and democratic efforts to have America support its security be deemed worse than Russia’s crimes. But such blindness is to be expected from Chomsky when it comes to anything regarding Israel, Jews, or anti-Semitism.

Remember this is the same man who defended the so-called “research” of the notorious Holocaust-denier, Robert Faurisson. Not only did Chomsky defend Faurisson’s phony research, but he denied that Faurisson — who is a notorious Jew-hater — had said anything that qualifies as anti-Semitic. Here is what Chomsky wrote:

Chomsky, who is a prominent linguist, knows nothing of the meaning of language in context. Holocaust denial is quintessentially anti-Semitic, because it falsely accuses the Jews of fabricating stories of the murder of six million Jews.

Experts understand that there are different kinds of intelligence. Chomsky may be intelligent when it comes to linguistics, but his statements regarding Israel, Russia, and the Holocaust are simply counter-factual. There is no other word for his bizarre views, if he actually believes them. If he does not, then there is another word that aptly describes his statements: bigotry. 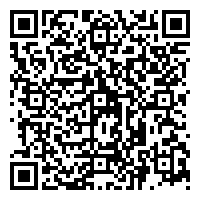